After derailing 5G in 2020, Saifuddin now claims Malaysia’s 5G rollout is one year ahead of schedule 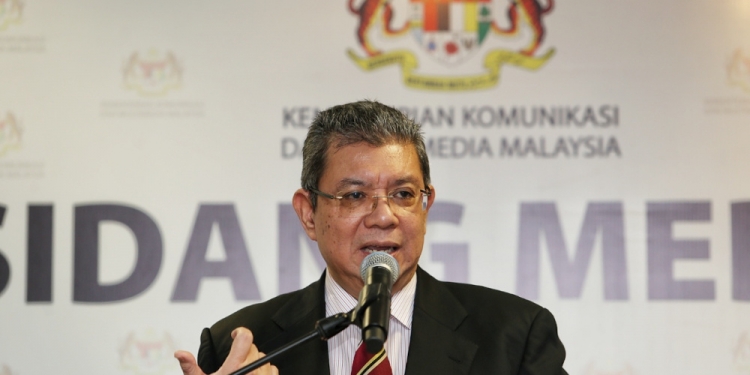 Pandan Member of Parliament candidate Rafizi Ramli has recently said during his campaign trail that too many years have been wasted with Digital Nasional Berhad’s (DNB) 5G single wholesale network model and he pointed the finger at former Communications and Multimedia Minister, Saifuddin Abdullah, on the matter. Rafizi said there were concerns over a state-owned monopoly through which telcos would have to lease to get 5G access.

The Pakatan Harapan candidate and Parti Keadilan Rakyat (PKR) Deputy President said the normal model should have been to open up the spectrum for bidding and telcos would be responsible for their own infrastructure. He said this would have sped up the 5G rollout in the country.

He added that the delay in 5G rollout had a big impact on everyone as it could hold back the economy. Although the average 5G download speed on DNB’s network is one of the fastest in the world, Malaysia’s 5G coverage remains among the lowest in the region.

In response to Rafizi, Saufiddin said Malaysia’s 5G rollout is actually a year ahead of schedule and Rafizi doesn’t know what he’s talking about. He said DNB was approved by the Cabinet and there was a tender process conducted by the Finance Ministry. He added the Government took up the decision to come out with the current framework because they felt it was the most practical.

Saifuddin said the problem was that there were too many telcos for Malaysia’s population. He said this was a legacy problem with the distribution of spectrum because it’s so limited and they have to be fair. He shared that Khazanah has advised for telcos to be merged, there were consultations but nothing came of it.

The Indera Mahkota MP candidate said the idea was to open up ownership (of DNB) to the telcos. He said there are two parts to investor participation in the 5G rollout, and the main tender was won by Ericsson in a fair and transparent manner. He added that during Ismail Sabri’s tenure as prime minister, it was decided that telcos would be invited as investors in DNB.

Under the previous Pakatan Harapan administration with Gobind Singh as the Communications and Multimedia Minister, 5G was supposed to be deployed through a consortium formed by multiple telcos. Instead of awarding spectrum to individual licensees, the 5G spectrum such as 700MHz, 3.5GHz, 26GHz and 28GHz would be assigned to a single entity to help lower capital expenditure, minimise costs and prevent duplication of infrastructure, while leveraging on existing infrastructure by telcos. Malaysia was seen as a forerunner in the 5G race in the region as it aims to roll out 5G in Q3 2020.

Unfortunately, the 5G plans were put on the back burner after the change of government in February 2020. There was a U-turn for the 700MHz spectrum allocation in June when Saifuddin Abdullah issued a ministerial order to assign 700MHz to 5 telcos but it was retracted shortly after.

Instead of reviving plans to roll out 5G, Muhyiddin Yassin launched JENDELA in August 2020 to boost 4G coverage, fibre access and to shut down 3G networks by the end of 2021. When asked about 5G, Saifuddin told Parliament in November 2020 that there’s no point in having 5G in selected areas when rural areas are still struggling to get 4G. He said 5G deployment in Malaysia will only take place towards the end of 2022 or early 2023 after achieving specific connectivity targets.

It was only during the MyDigital launch in February 2021 that the government started scrambling to roll out 5G and it will be handled by a special purpose vehicle (SPV) owned by the Ministry of Finance. According to the former MCMC Chairman Dr Fadhlullah Suhaimi Abdul Malek, the SPV (now known as DNB) will ensure an efficient rollout and use of spectrum as the government owns the network assets. He added that the single wholesale network approach will help reduce the investment burden on the telcos and they can get equal access to 5G while maintaining their respective JENDELA plan commitments of expanding 4G coverage.

DNB 5G deployment is behind schedule

Based on MCMC’s Q3 2022 JENDELA report, it appears that DNB’s rollout is behind schedule as it only covers 33.2% of the population with just 1,915 5G sites. It now aims to achieve 37.9% 5G population coverage with 3,518 sites by the end of this year. So far, the 5G network covers the Klang Valley and selected areas in Johor, Penang, Melaka, Negeri Sembilan and Perak. They have several sites completed in Sabah and Sarawak but are not switched on.

After months of missed deadlines, a total of four telcos have agreed to take up an equity stake in DNB and five telcos (Celcom, Digi, Telekom Malaysia, U Mobile and YTL Communications) have recently signed their 5G access agreements. Maxis is the only telco that has not signed up for the 5G access agreement with DNB and it aims to settle the deal by January 2023 after obtaining approval from its shareholders.

To understand why Malaysia’s 5G rollout was delayed, you can watch our recap video below:

If you’re keen to try 5G out, here’s our list of all 5G postpaid and prepaid plans available in Malaysia.

After derailing 5G in 2020, Saifuddin now claims Malaysia’s 5G rollout is one year ahead of schedule