The New York Times broke their promise and changed Wordle 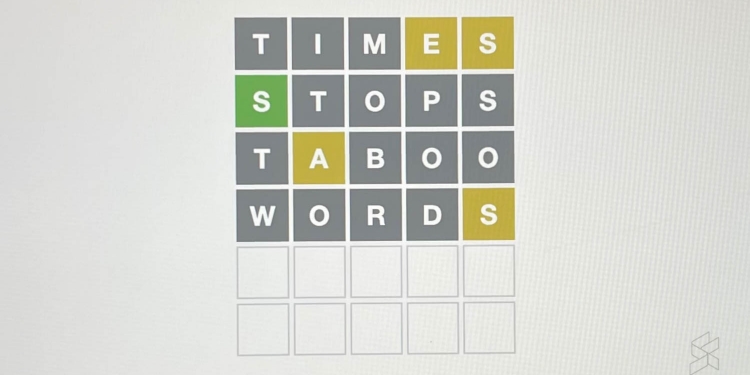 After The New York Times (NYT) bought Wordle for a price “in the low-seven figures”, a lot of fans were concerned that the game would be changed and no longer be free. In a statement, NYT said the game would “initially be free to play for new and existing players, and no changes will be made to its gameplay”. Recently, NYT broke their promise and changed the gameplay of Wordle.

For those who aren’t familiar with Wordle, it’s a popular web-based game where players have to guess a five-letter word within six tries. It has gotten so popular that Google made a Wordle doodle and it saved an 80-year-old woman after being held hostage.

The Wordle change consists of phasing out certain offensive or obscure words from the word list. This includes the words you can guess with as well as the actual answer list. The answer to Game #241 (Feb 15) was one of these words, and so it was removed in the NYT version and the game has now diverged from the original Wordle.

If you’re curious as to what words were removed, they include obscure words like “pupal” and “agora”, insensitive words like “slave” or “wench”, and lots of slurs that I do not want to type. They also removed “fibre”, probably to avoid confusion as the American spelling of the word is already included.

The reason why they’re updating the list is to “keep the puzzle accessible to more people”. I support this change, as I would not want my child playing a game where the answer could be a swear word.

How could this affect you?

The biggest way this could affect you would be if you play on a non-refreshed browser or an offline version of the original Wordle website. If that’s you, then the correct answers would be different compared to the NYT version.

If you’re playing on the official NYT Wordle website, then the updated word list would affect how you play the game. You will no longer be able to guess certain words, so that might limit your gameplay, but the possible answer list is shorter at the same time.

For those who really want to use inappropriate words as your guesses, you can always play the popular Wordle variant, Lewdle, which only accepts lewd words as guesses.

The New York Times broke their promise and changed Wordle