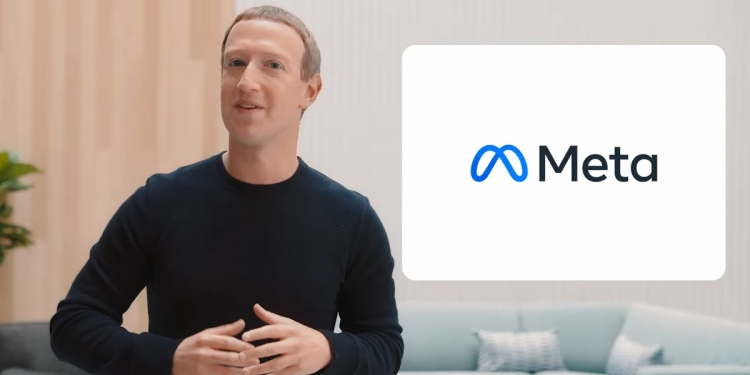 After some speculation that Mark Zuckerberg was about to rename Facebook, he’s finally gone and done that—almost. The overarching Facebook company has been renamed Meta at the recent Facebook Connect event, and Zuckerberg says that the move will put people at the center of their technology, and better reflect who they are. However, their apps and platforms like Facebook, Messenger, Instagram and WhatsApp will not be renamed.

In his Founder’s Letter for this year, Zuckerberg calls the renaming of The Facebook Company to Meta as the next chapter of the company. He adds:

“The next platform will be even more immersive — an embodied internet where you’re in the experience, not just looking at it. We call this the metaverse, and it will touch every product we build….

The defining quality of the metaverse will be a feeling of presence — like you are right there with another person or in another place. Feeling truly present with another person is the ultimate dream of social technology. That is why we are focused on building this.” – Mark Zuckerberg, in his 2021 Founder’s Letter

Zuckerberg continues to mention that the ‘metaverse’ will be a joint effort between the creators and developers together with digital items to ‘unlock’ the larger creative economy. Specifically, Meta’s role is to accelerate the development of the technologies, platforms and creative tools to bring this ‘metaverse to life’. And as for why the name ‘Meta’ specifically, Zuckerberg describes it originating from when he used to study the Classics, with ‘meta’ coming from the Greek word meaning ‘beyond’.

The renaming of Facebook is now in motion, with it’s Twitter handle changed to @meta, while users on Facebook will get a notification telling them about the shift. Going to ‘meta.com‘ meanwhile leads to the About Meta page on Facebook’s website. It’s also not the first time Zuckerberg has used the name ‘Meta’; he and his wife Priscilla Chan had had founded a biomedical research discovery tool as part of the Chan Zuckerberg Science Initiative back in 2015. The ‘meta.org‘ URL also leads to this, though they now say they’ll be sunsetting the URL by March next year.

But realistically, Facebook’s rebrand appears to do more with the legal trouble the social networking site is in. Right now, they’re dealing with whistleblower reports that claims there are problems with the algorithms behind the social network. By renaming the parent company to Meta, Zuckerberg seems to be trying to split the social media platform away from the company’s other entities, such as Instagram, WhatsApp and Oculus. And it’s the last one specifically that looks set to help Zuckerberg build the ‘metaverse’, via VR and AR tools.

In the time being though, there’s likely no major changes to Meta’s family of platforms. Users should still be able to browse Facebook and Instagram as before. It also won’t be the first time a rebrand of this scale has happened before—remember Google becoming Alphabet—and it likely won’t be the last either.