Confirmed: A Samsung Pay debit card is coming in 2020 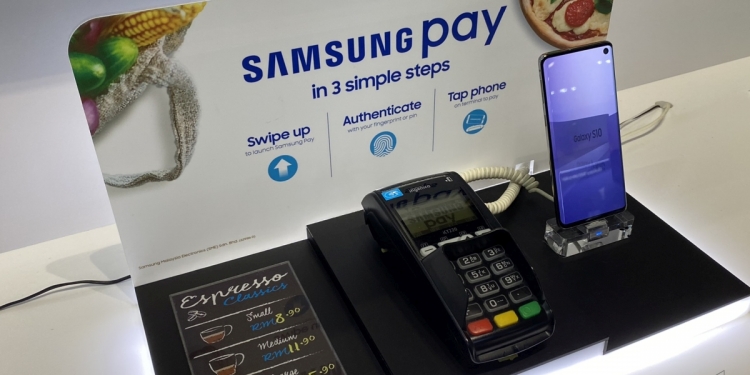 Lately, we’ve been seeing a trend of tech companies moving towards the fintech industry, with Huawei announcing a Huawei Card to rival the Apple Card. Samsung Pay, meanwhile, has been around since 2015, with support for multiple Galaxy devices including smartphones and even wearables.

The Korean company’s mobile payment system is particularly popular due to its integration with magnetic transmission technology (MST) and NFC, which basically means that you can use your eligible Galaxy device to make payments anywhere that a regular credit card can be used.

Now, we’re set to see the arrival of a Samsung Pay debit card in 2020, with the company announcing that the new card will be launched in partnership with SoFi, a financing company.

“Over the past year we have been busy developing a mobile-first money management platform. Our vision is to help consumers better manage their money so that they can achieve their dreams and goals. Now more than ever, mobile financial services and money management tools will play an even bigger role in our daily lives while also opening up new possibilities.”

A “cash management account” will be included with the Samsung Pay debit card, although details are currently scarce. It seems likely that the card will have spending tracking capabilities, which could theoretically help users to “better manage their money”, as Samsung says.

However, it’s worth noting that the Huawei Card and the Apple Card are still not available in Malaysia. This could be down to a couple of reasons, including regulatory issues, and Samsung could encounter something similar when launching the Samsung Pay debit card.

That said, the Apple Card is a little different—it’s a credit card issued in partnership with Goldman Sachs. Instead, the Samsung Pay debit card will probably be a prepaid card which you can top up via your supported Galaxy device.

For now, we don’t have the details on availability for the Malaysian market. The announcement states that the “new Samsung Pay experience” will be introduced in the summer of 2020, although it does not mention which regions the card will be launched in. For more information, keep your browser locked on SoyaCincau.com for the latest updates.

Confirmed: A Samsung Pay debit card is coming in 2020