Can your Internet cope with the number of connected devices in your home right now? 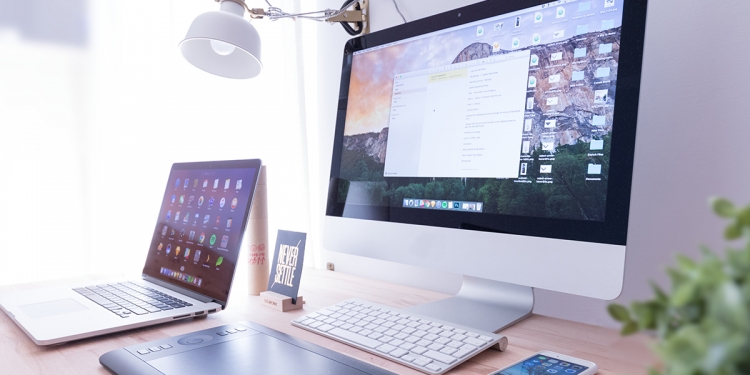 Malaysia’s average fixed broadband speed has increased nearly three-fold in the last year, rising from a measly 23Mbps in January 2018 to a healthy 62Mbps in October 2018.

Fast forward to June 2019, and data obtained from the SpeedTest Global Index shows that average fixed broadband Internet speeds in Malaysia have increased even more to 66Mbps, well over the global average of 51Mbps.

This is good news because fast Internet is good for a lot of things, especially as we transition to a digital-first lifestyle. One of the most obvious benefits is being able to download large files faster and stream higher quality videos. Watching YouTube videos and listening to Spotify tunes is a more seamless experience thanks to better Internet speeds.

But how fast do you really need your Internet to be, especially if you’re the sole user? Do you actually need speeds that go up to hundreds of megabits per second?

The more devices you have, the more speed you need

It’s common for Malaysians to own more than one connected device today. Data from Statista shows that over 40% of Malaysians fall into this category. Each person is now likely to have at least two devices that requires constant Internet connectivity, including but not limited to smartphones, tablets, PCs and smartwatches. Many of these devices are now considered basic necessities, and using their features all takes a toll on your Internet bandwidth.

It doesn’t stop there. The rise of smart homes means that home appliances are also increasingly relying on Internet connectivity to perform their functions. This includes your TV, set top box, gaming console, and even CCTV and lighting systems that are connected to the Internet. Put these together and the demand on the average fixed broadband connection quickly adds up, even if you’re staying by yourself.

Much of the increased demand on bandwidth comes as a result of improved content quality and wanting that content now. During the days of SD 480p content, you could watch YouTube videos on a 5­-10Mbps connection without having to wait for it to buffer. Now, however, content providers like YouTube and Netflix offer content in far clearer 4K resolution, which is a much larger download in terms of file size. But we want to watch those videos now, not an hour later; that’s why a fast Internet connection is so important.

Streaming is the standard now; it allows you to experience content on demand instead of downloading the content in advance, and this is only made possible by high-speed Internet connections. Binge-watchers know that HD is the only format worth watching your shows in for the best experience, and Netflix recommends a download speed of at least 25Mbps. That’s close to 40% of Malaysia’s average fixed broadband download speed. If your home is full of devices all connected to the same average fixed Internet package, you’re not going to be able to do much else online.

Proud to call yourself a gamer? You’re going to need a fairly fast connection to give you the best rate of reaction possible even if you’re flying solo. This is particularly important for real-time shooter (RTS) games such as PlayerUnknown’s Battlegrounds (PUBG) or Counterstrike, where a split-second of lag may cost you the match.

The more people you have, the more speed you need

If an average fixed Internet package is already not enough for yourself, what happens when family and friends come to visit? Take this scenario: one person is gaming online, and halfway through the session, another member of the family boots up Netflix and settles in for a movie night. On a smaller bandwidth connection, especially with multiple users using multiple connected devices, the gamer’s game session will suddenly go haywire—the ping will be erratic, and there’s even a possibility that the session may disconnect entirely.

Hosting a local area network (LAN) party sounds like fun —all your friends can come to your house and do game quests or play against each other. But when there are multiple gamers using the same network, it’s important that your connection has enough bandwidth to keep everyone connected without suffering a drop in connection quality. It’s not going to be much fun if someone is lagging or disconnecting every few minutes.

And what of the future? We’re already beginning to see the arrival of 8K TVs, which will eventually lead to 8K resolution becoming the new visual standard. Plus, it’s only a matter of time before cloud-gaming solutions like Google Stadia and Apple Arcade start to grow in relevance locally. You could argue that the future of gaming, and content in general, is cloud-based.

Thus, it’s absolutely essential that you have a stable, fast connection—one that allows you to enjoy the wide variety of services and entertainment solutions that the world has to offer. And of course, to ensure that everyone on one network doesn’t have to fight over the Internet connection when you have to share.

The fastest broadband in Malaysia

Perhaps it’s time you consider TIME , the fastest broadband service in the country according to SpeedTest. In fact, with an average speed of over 110Mbps, TIME’s speed is significantly higher than the national average and when compared to its competitors, the difference in speed is even more obvious. To date, its closest competitor manages an average speed of only 40Mbps—less than half of the speed required to stream ultra HD content on Netflix.

The performance doesn’t come as a surprise since TIME operates on a 100% fibre network with no copper in between. Unlike copper, fibre transmits data through light, which is faster, does not suffer loss over distance, and is not affected by environmental factors. TIME also owns their entire full-fibre network, which allows them to ensure that their customers get the best connection quality possible.

Better doesn’t always have to mean more expensive, either. TIME Fibre Home Broadband plans start from RM99/month for speeds of 100Mbps, all the way up to 1Gbps (yes, that’s GIGAbits per second) plan for only RM199. The closest alternative by other telcos is 800Mbps for RM299/month. That’s RM100/month extra for a plan that provides an Internet speed that is 200Mbps slower.

So, can your Internet cope with the number of connected devices in your home right now? If you don’t think so, then TIME might be the answer you’ve been looking for.

Can your Internet cope with the number of connected devices in your home right now?