Here’s a clear look at the upcoming Moto G6 series Motorola didn’t reveal any new Moto smartphones during MWC 2018 but it looks like its upcoming Moto G6 launch is just around the corner. Serial leakster, Roland Quandt, has dropped more images including product details of the Moto G6 and G6 Play.

As seen in the previous leak, the Moto G6 series will offer a bigger screen with an 18:9 aspect ratio. For the standard Moto G6, it will come with a 3D glass back design like the Moto X4 while the front comes with a 5.7″ Full HD+ display.

The processor is listed as a 1.8GHz Octa-Core processor which could be a Snapdragon 450 unit. It has 32GB of storage which is expandable via microSD. 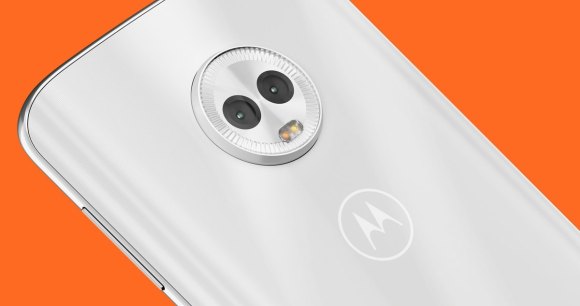 The Moto G6 will come with dual-cameras at the rear which provides selective focus, black & white, spot colour and cutout effects like the current Moto G5s Plus. There’s a fingerprint sensor at the bottom chin of the device and you can use it to go back, home and view recent apps using swipe and tap gestures.

The device has splash resistance and a 3,000mAh battery which is rated to last a full day. Included as standard is TurboPower charging which allows you to get hours of battery life with just a couple of minutes on the cable. Moving down a notch is the Moto G6 Play which offers a larger 4,000mAh battery. As an affordable device, it gets a lower resolution 5.7″ HD+ display and it runs on a 1.4GHz Quad-Core processor. At the back, it gets a 13MP main camera and a 5MP selfie shooter with LED flash. Unlike the Moto G6, the fingerprint sensor is placed at the back for the Moto G6 Play. Onboard, it has 32GB of storage which you can expand further via microSD. The Moto G6 Play is rated to last up to 36 hours on a single charge and it comes with a standard 10W charger. The biggest phone of the lot is the Moto G6 Plus. Apart from the images above, there’s no new information on their top of the line G6 model. Based on the previous speculation, the Moto G6 Plus is expected to come with a larger 5.93″ Full HD+ display with RAM and storage options of up to 6GB RAM and 64GB of storage.

For imagine, it is expected to retain a similar 12MP + 5MP main camera combo while the front may come with a 16MP selfie shooter. Juicing up the device could be a slightly bigger 3,200mAh battery that’s also charged with Motorola’s TurboPower charger.

These new Motorola mid-rangers are expected to be announced by the middle of next month. Also coming up next is their Moto Z3 which is their 3rd generation smartphones to support its modular MotoMods.

Here’s a clear look at the upcoming Moto G6 series

WhatsApp Multi-Device Beta is now available, allowing you to chat on different devices even when your phone is offline