The DJI Spark is a great drone for first timers but if you’re looking for something even more affordable, here comes Tello. It’s a drone by a Chinese startup called Ryze that’s powered by DJI and Intel. Not only it’s easy to fly, it even encourages kids to learn how to code. The Tello drone weighs just 80 grams which is about 1/4 the weight of a DJI Spark. The specs are pretty basic with an HD 720p camera that can take images at 5MP. Out of the box, there are easy preset EZ Shot modes where you can capture 360 videos, flying in a circle and to fly up and out seamlessly at a single tap. Despite not having a gimbal, it has electronic image stabilisation. A full charge gives it 13 minutes of flight time and if you need more, a spare Tello battery with 1,100mAh capacity costs US$19 (about RM75) each. Using 2 antennas, it can transmit live footage at a 100m distance and it even supports First-person view with a compatible VR headset. The WiFi connected drone is controlled using a smartphone using the Tello App that’s available for both iOS and Android. You can start the drone by simply tossing the Tello into the air and it even lets you perform cool 8D flips as well. Taking off and landing can be done easily on a single tap and the drone comes with flexible propellers, propeller guards and collision detection to keep it away from trouble. Even if you take your hands off the controls, it can hover in place without drifting. These features are made possible with Intel’s Vision Processing Unit (VPU) and DJI’s flight stabilisation technology. Since Tello is programmable, you can create customisable movements and flight patterns through the Scratch coding interface. It’s designed to be a fun way to get kids started with coding.

SEE ALSO:  PDRM is getting 16 new drones, but questions remain over its RM48 million cost

The Tello costs only US$99 (about RM400) in the US and 699 CNY (about RM428) in China. It will ship first in China by end January and it will be available in other markets including the US after March 2018. With DJI’s drone technology at such a low price tag, this could be the first drone for the masses. 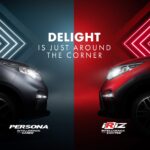