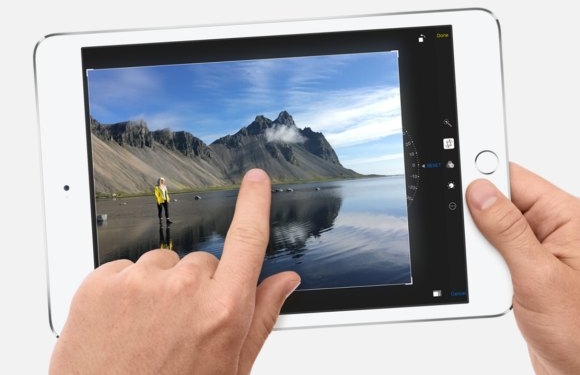 When Apple introduced its new 9.7″ iPad, they had also discontinued its ageing iPad mini 2 which is formerly known as the iPad mini with Retina Display. This makes the iPad mini 4 its sole surviving compact tablet and it comes only with a single 128GB option. As a result, Apple has raised the price barrier and the cheapest tablet you can get from them is their new 9.7″ iPad that’s priced from RM1,549 for the 32GB WiFi version. Before this, you can pick up an iPad mini 2 32GB at RM1,049 for WiFi or RM1,479 for the Cellular version. Officially, Apple is just offering 4 iPad models. You now have two iPad Pro models (12.9″ & 9.7″), a new 9.7″ iPad and the 7.9″ iPad mini 4. The iPad Pro is a high-end tablet which Apple claim is a viable desktop replacement for your home. For better productivity, there’s an optional keyboard and a digital Pencil stylus.

The entire tablet segment has been suffering a decline for 9 consecutive quarters and in Apple’s recent quarterly report, iPad revenues have dropped 22% year on year. According to IDC, for every 10 iPads shipped, only 1 of them is an iPad Pro. That means that the standard iPad models are crucial to drive volume and its pricing would be a key factor.

The current iPad mini 4 is now going at RM1,899 for 128GB WiFi or RM2,549 if you need 4G LTE connectivity. If you’re on a tight budget, Apple wants you to get the new iPad which is priced from RM1,549. Even if you look at the same 128GB storage option, the new iPad is merely RM100 more than the iPad mini 4 and you get a bigger screen and a faster A9 chip. The new iPad processor claims to offer 1.6X faster CPU and 1.8X faster GPU performance when compared to the older A8 chip on the iPad mini 4. Of course, it is worth pointing out that the new iPad display is a notch below as it isn’t a fully laminated display and it lacks an anti-reflective coating.

It is pretty unusual for Apple to start phasing out the smaller storage options for the iPad mini 4 before a new replacement is announced. There’s also a chance that Apple might be working on a new 5th gen iPad mini but we won’t be putting too much hope on that. Looking at the current trend, it does seem like manufacturers are moving away from smaller 7-8″ tablets. For example, Samsung’s newer Galaxy Tab A (2016) and Galaxy Tab S3 were only launched with 9.7″-10.1″ sizes.

Do you think Apple should continue making the iPad mini? Or should they just phase it out and focus on larger sizes instead? Let us know in the comments below.

If you’re still looking for cheap iPad minis, you could probably still find existing iPad mini 2 and iPad mini 4 stocks at a local authorised Apple reseller near you.