The Bangkok local authorities have made face masks mandatory starting today, 26th April as the country faces a new surge of COVID-19 infections. One of the first individuals to get slapped with a fine under the new order is Thai Prime Minister Prayut Chan-o-cha.

Bangkok Governor Aswin Kwanmuang had written on his Facebook that he has informed the Prime Minister about the violation which requires everyone in the capital to wear a mask at all times outside their home or residence. He added that the violation carries a fine up to 20,000 baht (about RM2,608) under Section 51 of the 2015 Disease Control Act.

It was reported that the governor, police chief and Dusit police investigators had went to Government House to charge him and the Prime Minister had agreed to pay the fine.

Although the maximum offence is 20,000 baht, first-time offenders are fined 6,000 baht, followed by 12,000 baht for the second offence and 20,000 for the third offence onward. Bangkok has also made face masks mandatory for all occupants in vehicles that carry more than one person. 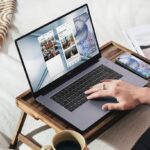