Realme Malaysia is expanding its smartphone lineup with its new Narzo 20 series. The Realme Narzo 20 and 20 Pro are already launched in India and both are coming to our shores very soon.

According to Realme Malaysia, the Narzo 20 series will be launched on the 3rd of November at 12pm. The local launch is taking place on their Facebook page.

From the looks of it, these are two new sub-RM1,000 smartphones that offer a large 6.5″ display and a huge battery up to 6,000mAh. Both are also running on MediaTek’s 12nm Helio G series processors.

The Narzo 20 Pro is the highest offering in the current Narzo lineup. It comes with a 6.5″ Full HD+ display that pushes a 90Hz refresh rate. Under the hood, it runs on a Helio G95 processor that boasts over 300,000 points on Antutu benchmark. The Narzo 20 Pro can be configured with up to 8GB of RAM and up to 128GB of storage which is expandable via microSD card.

For taking pictures, it gets a quad-camera setup featuring a 48MP main camera, an 8MP ultra-wide-angle lens and two additional 2MP shooters for macro and depth effects. The display comes with a tiny punch-hole that houses a 16MP selfie shooter. For instant unlocking, the device gets a side-mounted fingerprint sensor which doubles as a power button.

SEE ALSO:  Realme 8 Pro Malaysia: Everything you need to know

The Narzo 20 is the cheaper alternative but it packs an even larger battery. Upfront, the device gets a 6.5″ display with a tiny notch that pushes a lower HD+ resolution. It is powered by a MediaTek Helio G85 processor mated to 4GB of RAM with storage options of either 64GB or 128GB onboard.

The rear gets a triple-camera setup that consists of a 48MP main camera, an 8MP ultra-wide-angle shooter and a 2MP macro camera. For selfies, the notch comes with a 8MP front camera. Unlike the Pro, the standard Narzo settles for a rear-mounted fingerprint sensor.

Stay tuned to us for the Malaysian pricing and availability details which will be announced this Tuesday. 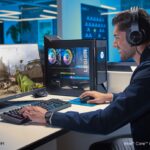 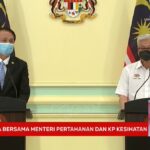 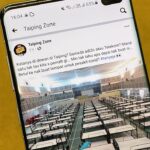