Hyundai-Sime Darby Motors (HSDM) launched the Hyundai Sonata, its latest D-segment sedan that will go head-to-head against the Honda Accord, Toyota Camry and Volkswagen Passat R-Line in Malaysia. The Sonata was launched alongside its compact SUV, the Hyundai Kona during a virtual event.

The eighth-generation Sonata will arrive at Malaysian shores as a fully imported unit from South Korea. Only one variant will be on offer in our market, the 2.5 Premium.

Resembling a sporty four-door coupe, the new Sonata features a wide and aggressive looking Cascading Grille that is flanked by a pair of slim trapezoidal LED Multi-Face Reflector (MFR) headlights. You also have integrated air curtains along the edge of the front bumper.

Adding to that, the Sonata’s signature chrome bonnet strips also hide the sedan’s LED daytime running lights (DRL). With the new laser-etched perforations, the lights fade away and appear as chrome when they are turned off.

The side profile shows a sweeping roofline that is mirrored in the arching shoulder line, accentuating the car’s concave/convex surfacing. Towards the rear, you will find the striking C-shaped tail lights that are connected by a continuous LED strip that runs horizontally across the boot. There are a couple of other subtle but cool details like integrated find atop of the LED lights and a roof-mounted third brake light for greater visibility.

The Sonata rides on 18” multispoke dual-tone alloy wheels and it is built on a new platform that Hyundai says emphasises safety, efficiency, power and driving performance. The South Korean automaker also claimed that the new Sonata boasts a marked reduction in weight and improved fuel efficiency.

Underneath the hood, the Sonata is powered by a 2.5 litre Smartstream petrol engine. The four-cylinder MPI unit outputs 180PS at 6,000rpm and 232Nm of torque. All of this is channelled through a six-speed automatic gearbox to the front wheels.

Despite its larger engine displacement, it still loses to the Accord as Honda’s 1.5-litre turbocharged engine produces 201PS and 260Nm of torque.

The boot space is stated to be 510 litres and the rear seat can also fold into a 60:40 split configuration. Take note that there is no spare tyre with the car, but you do get a tyre repair kit.

Stepping into the Sonata and you will find a refined interior that conveys a sporty and dynamic image. The sedan’s interior colour scheme may vary depending on your choice of exterior colour. More on this later.

The car’s infotainment system relies on an 8” touchscreen that supports both Apple CarPlay and Android Auto. There’s also a 12.3” digital instrument cluster that also doubles as a display for the Sonata’s 360-degree camera system. In addition, there is a heads-up display projected onto the windscreen.

For all around comfort, the car features a powered seat on the driver’s side with memory as well as dual zone climate control and rear air vents. You also get auto lights and wipers with an auto-dimming rearview mirror.

The Seoul-based automaker also included a Qi wireless charging pad with cooling function that keeps your smartphone charged up as you drive.

As for safety features, the Sonata comes with six airbags, ABS with EBD, ESC, hill-start assist and vehicle stability management.

In addition, it features a new Blind-Spot View Monitor that utilises the cameras (each using a 50-degree wide-view lens) on both sides of the sedan to show a live feed of the lane the driver intends to turn to. The feed is shown in earlier mentioned digital instrument cluster, with the feed replacing the gauge on whichever side the driver indicates.

It should be noted that the Sonata doesn’t come with the Hyundai SmartSense suite of advanced driver assist systems. This means it won’t come equipped with adaptive cruise control, lane departure warning, lane keep assist or autonomous emergency braking.

The Hyundai Sonata is now available for viewing at all Hyundai showrooms nationwide.

Compared to its D-segment rivals like the Honda Accord (RM187,390), Toyota Camry (RM188,763) and Volkswagen Passat R-Line (RM203,411), the Sonata is the most expensive of the lot if you are looking at its regular price tag. At its introductory price, the Sonata is more competitively priced and sits in between the Accord and Camry.

HSDM said it is also offering three interior colour schemes, though these would depend on the choice of the exterior colour. The White Cream, Nocturne Grey and Midnight Black get the Camel two-tone interior theme. Meanwhile, the Shimmering Silver comes with a Greige (a colour between beige and grey) two-tone cabin with white leather seat upholstery. Those who want an all-black cabin will have to choose the Oxford Blue or Flame Red variant.

Customers that buy the Sonata are entitled to a five-year or 300,000km (whichever comes first) warranty. 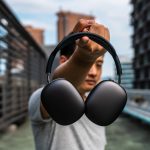