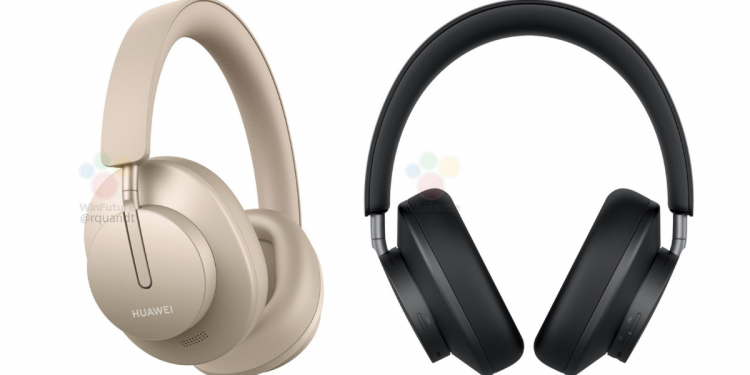 The Huawei Mate 40 is set to launch on the 22nd of October 2020, and we’re now hearing rumours that a new pair of over-ear headphones will be announced as well. According to reputed leakster Roland Quandt via WinFuture, the Huawei FreeBuds Studio will be announced alongside the Mate 40 series, and details and images have been leaked ahead of time.

It’s a little strange that Huawei has gone with the “Buds” branding for the FreeBuds Studio. I get where they’re coming from—Huawei’s other headphones include the FreeBuds Pro and the FreeBuds 3i, so staying within that brand makes some sense. However, buds usually refer to TWS headphones, so the naming will take some getting used to.

Putting that aside, Huawei’s upcoming headphones offers some decent specs on paper. A 40mm driver is paired to the Kirin A1 chip, which is the same processor powering the FreeBuds Pro and some of Huawei’s wearables. The report also promises up to 20 hours of music playback on a single charge, with 15 hours of phone calls. A full charge should take 70 minutes, with a 10-minute charge providing enough juice for five hours of playback.

This also comes with Active Noise Cancellation (ANC), which is a must-have on premium headphones in 2020. Quandt says that ANC on the FreeBuds Studio will reduce ambient noise by up to 40 decibels, with a physical button allowing users to toggle noise cancelling on/off.

Design-wise, the Huawei FreeBuds Studio look fairly similar to other over-ear headphones in the market such as the Sony WH-1000XM4. Two colours are revealed in the leaked images, although we don’t know if Huawei will announce more colour options at launch.

At the moment, no pricing details have been revealed—in fact, Huawei hasn’t actually confirmed the FreeBuds Studio. However, Quandt predicts that we’ll be seeing a price tag of just under EUR 400 (~RM1,944), which would position the FreeBuds Studio at the top-end of the mainstream headphone market. Should that prediction prove to be true, Huawei will have its work cut out against premium options from Sony, Sennheiser, and other established brands.

So, what do you think? Would you drop close to RM2k for these? Let us know in the comments section below.