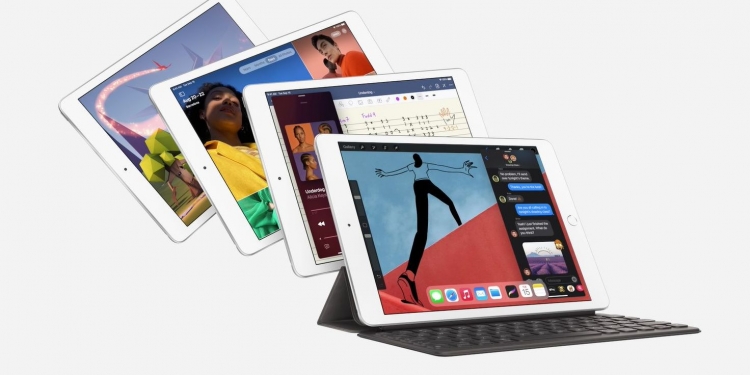 Apple is bringing its entire iPad lineup up to speed and they have also announced the 8th gen iPad. Unlike the new iPad Air, the new tablet still retains the iconic design that has a home button with an integrated Touch ID.

The 8th gen iPad still features the same 10.2″ Retina Display that pushes the same 2160×1620 pixels resolution. It also gets stereo speakers that are down-firing in portrait mode.

Under the hood, the latest generation model now runs on an Apple A12 Bionic chip which is the same unit that’s powering the iPhone XS and XR from 2018. This would provide a significant performance jump from the current model that runs on an A10 Fusion chip.

The rest of the hardware remains unchanged and you still get an 8MP main camera at the rear that shoots 1080p videos, while the front gets a 1.2MP camera that supports FaceTime HD. In terms of accessories, it still supports the 1st gen Apple Pencil as well as a Smart Keyboard.

As usual, the 8th gen iPad still boasts up to 10 hours of battery life. Interestingly, it is now bundled with a 20W USB-C charger and a USB-C to lightning cable. There’s no mention if the 8th iPad can support any form of fast charging and we are guessing that the new charger is included in an attempt to streamline its bundled USB-C chargers.

Despite the performance improvements, the price for the 10.2″ iPad remains unchanged if you compare it with the previous generation. Below is the official Malaysian pricing for the 8th gen iPad:

It’s available in 3 colours – Space Grey, Silver and Gold. At the moment, the new iPad isn’t available for purchase in Malaysia just yet. For more info, you can check out the product page.