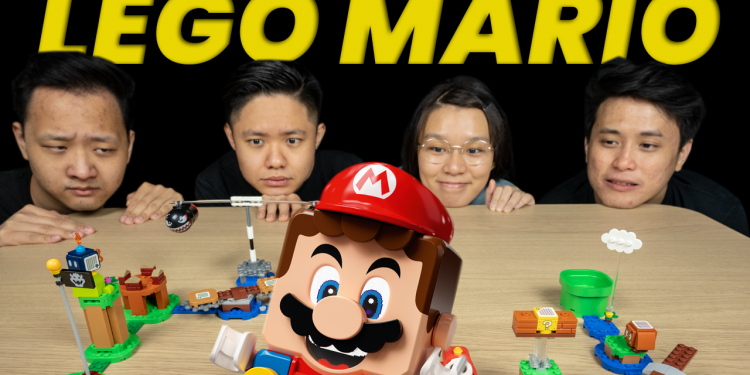 The new Lego Super Mario sets are an expansive range, featuring a Starter Course with a unique Bluetooth-enabled Mario that interacts with pieces of the sets. But is the technology used in the sets new for Lego? We asked Jonathan Bennink, Design Lead for the Super Mario sets, and here’s what he had to say.

“We have created many Bluetooth enabled products before Lego Mario, and some of them can be built into robots or figures, but Lego Mario is the first interactive character that reacts to Lego system bricks,” said Bennink.

The robots and figures he referred to includes the Lego Technic sets, which is a series of more advanced models with more complex technical functions. But the Bluetooth function on the Lego Mario is a lot more simple—which is great for kids.

At a touch of a button, the Mario connects to a free Lego Super Mario app (iOS, Android) which you can download on your device. It also doubles as a paper-free and more interactive instruction booklet.

Lego Mario himself has LCD screens in his eyes, mouth and belly to show instant reactions to movement, colour and action bricks. He also has a speaker so he can talk to you and play familiar Mario music at the same time. You can even put him to sleep and make him snore by laying him on his back.

Bluetooth Mario also knows when to start and finish a level, how to collect coins on the platforms and which enemies and friends you are interacting with by QR codes and colours. Each expansion set has different action bricks, and they’re all based on the Nintendo video game series.

While the sets have instructions on how to build individual set pieces and ‘islands’, a big part of the appeal is that you can create your own ‘levels’—kind of like Super Mario Maker. With the set you designed on your own, you can use it to ‘collect coins’ with your Mario, which will appear on the app itself and on Mario’s belly screen.

“Lego Super Mario brings a new way to play to the traditional Lego brick experience, bringing fans a whole new building experience where they need to create levels out of their imagination and collect coins in a set amount of time,” said Bennink.

The sets are already available in Malaysia. To purchase them, you can visit the official Lego Malaysia site or their certified Lego Stores like Brick Magic and Box of Bricks, Toys ‘R’ Us, Lazada and Shopee.