DAP secretary-general Lim Guan Eng has backed those calling the federal government to consider extending the moratorium on loan repayments slated to end in September by at least another six months.

Lim, who is also Bagan MP, cited how unemployment rates have gone up from 3.2 per cent in January to 5 per cent in April, with April’s figure amongst the highest in the recent decades.

“It will continue to go higher because many companies are still in the process of retrenching their employees. At a time when the economy is getting worse, many Malaysians and local businesses are not prepared to face the moratorium’s expiration.

“I hope the government will extend the moratorium period until the country’s economy begins to recover,” he said in a statement on Facebook.

Under the Prihatin Rakyat Economic Stimulus Package’s (Prihatin), Bank Negara Malaysia (BNM) has proposed an automatic moratorium on all loan repayments by individuals and small and medium enterprises for six months from April 1 until September 30.

The former finance minister said any form of extension will help ordinary Malaysians plan their financial obligations properly and lighten the burden.

“There is no use in bankrupting anyone and exacerbating the economic downturn that we are weathering through at the moment,” he added.

He added that the six-month moratorium was estimated to cost RM100 billion, according to the prime minister.

“As reported by the finance minister, as much as RM47.5 billion have been utilised as of June 19. I am confident that the government could do much more,” Lim added.

SEE ALSO:  Khairy: Penang's Sinovac vaccine donation claim is nothing but a scam

It was reported on Friday that BNM said it was unlikely that financial institutions would extend the six-month moratorium on the payment of monthly instalments for vehicles and housing loans which will end on September 30.

BNM assistant governor Adnan Zaylani Mohamad Zahid reportedly said that the economic recovery would continue and that BNM has no intention of extending the moratorium as it would have repercussions that it wanted to avoid.

Adnan’s statement was consistent with Finance Minister Tengku Datuk Seri Zafrul Abdul Aziz, who on June 28 said that it is up to the banks if they wish to extend the loan moratorium in a targeted way.

Tengku Zafrul was quoted as saying that the targeted moratorium extension should be looked at by banks on a case-by-case basis.  — Malay Mail 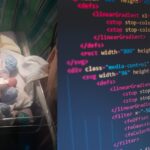 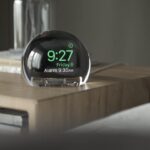