To me, the Apple Watch has always been the best smartwatch money can buy. I didn’t believe it at first, but when I started using one, there was just no question about it. The closest I ever saw any manufacturer get was Samsung, but while their watch had the excellent rotating bezel, everything else always felt a little lacking.

This year, Apple’s pulling even further ahead of the competition with the Apple Watch Series 4.

Let’s start with the most obvious thing about the new Watch Series 4: Its screen. I never really had a problem with the display on the previous models — even though it had really fat bezels — because of how well Apple designed around it. The edge bled over and a lot of the watch faces had a black background. Nevertheless, Apple felt the need to improve the screen on this new watch and they’ve done so in the most 2018 fashion ever — trimming down the bezels. That means these new watches — which come now in 40mm and 44mm sizes — feature screens that are over 30% larger than their predecessors. And to accentuate these slimmer bezels, Apple’s actually releasing a bunch of new watch faces with stuff like fire and vapour elements that fill the watch screen so that it shows off just how slim the edges are. Besides the screen, Apple has also improved the speakers on the Apple Watch Series 4 so that they’re now 50% louder. The company also says that they’ve optimised it for calls, Siri and Walkie-Talkie. They’ve also moved the microphone to the opposite side of the watch to reduce stuff like echoes during calls.

SEE ALSO:  Samsung drops Tizen to adopt Android for Galaxy Watch 4, does the opposite with Galaxy Gear 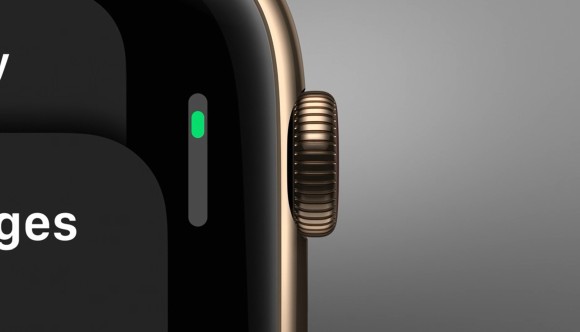 Navigation with the Digital Crown has also been improved to feature a haptic feedback to give you that “mechanical feel” when your turning the dial. Whether it actually feels mechanical, remains to be seen. However, Apple’s haptics have always been pretty good so I’m curious to try it out. 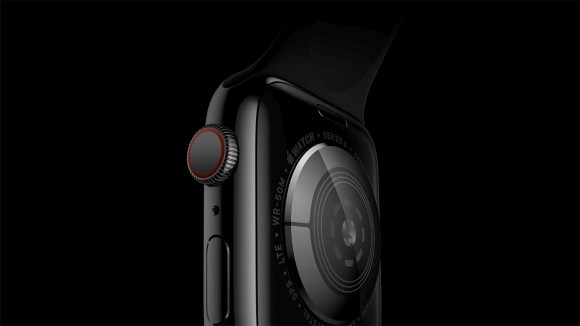 Of course, since the Apple Watch isn’t just something you use to get notifications and calls, it’s also designed to track fitness. Or, as Apple puts it, Apple Watch helps you live a better life. To accomplish this, they’ve improved the health tracking on Series 4. In addition to the optical sensor at the back of the smartwatch, Apple has also built electrodes into the sapphire glass cover at the bottom and the Digital Crown. With these new sensors, Watch Series 4 is actually capable of taking an ECG (electrocardiogram) reading right on your wrist. All you need to do is launch the ECG app, put your finger on the Crown while the watch is on your wrist and the Watch will do the rest. According to Apple, a reading can be taken in 30 seconds. The app will be able to detect your heart rhythm and figure out whether the pattern is normal or if there are signs of Atrial Fibrillation. Additionally, the recording can then be saved in the Health app in PDF so you can share it with physicians. Apple plans to roll this feature out on the Apple Watch Series 4 later this year. Besides that, Apple’s also adding something called fall-detection into the new Apple Watch. As the feature’s name would suggest, it’s there to detect if you’ve had a fall or not. Once it does, it will prompt you and ask if you would like to contact emergency services. If it doesn’t detect a movement from you after a minute, it will automatically contact these services for you.

SEE ALSO:  Apple is preparing to release the iPhone 13 in September this year 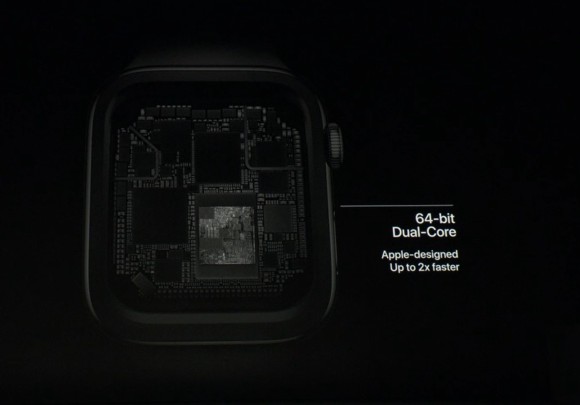 With these new features, Apple’s packed new hardware under the hood. On Series 4, the smartwatch features Apple’s new S4 64-bit dual-core processor that Apple says is up to 2X faster than its predecessor. Despite this new power, new screen and slimmer case, Apple says that Series 4 will deliver the same 18-hour battery life as its predecessor. In fact, the smartwatch will apparently last up to 6 hours in outdoor workouts with full GPS tracking turned on. 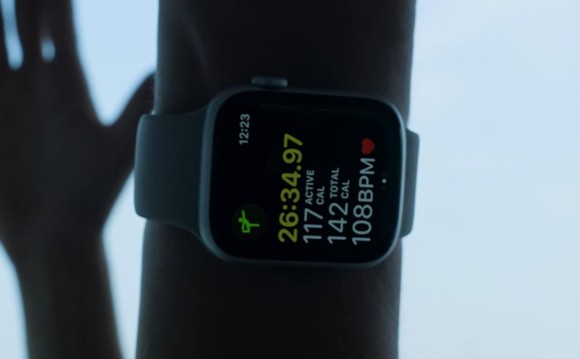 And that’s not all. Apple’s new Series 4 Watch will also support all your old bands from previous Apple Watches so you can mix and match to your heart’s content. For now, Malaysian availability has not been revealed, but it will be available in the US starting the 21st of September.