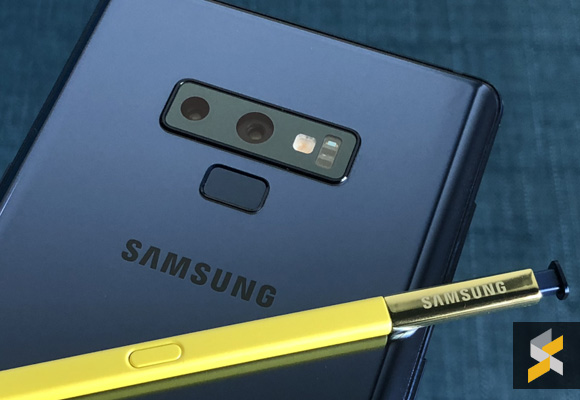 The Samsung Galaxy Note9 ticks all the right boxes when it comes to flagship features. If you’re wondering how does it stack up in terms of photography and video recording, renowned camera benchmark website, DxOMark, has finally completed its evaluation of the Galaxy Note9’s camera performance. While it shares the same dual-camera with variable aperture as the Galaxy S9+, it manages to score 4 points more than its non-S Pen sibling.

Also improved is realistic bokeh simulation via its Live Focus mode. They added that the Galaxy Note9  is capable of displaying good balance between detail retention and noise reduction in most conditions. Colours are also pleasant and vivid, while zoom is reported to retain good detail at least up to 4x. 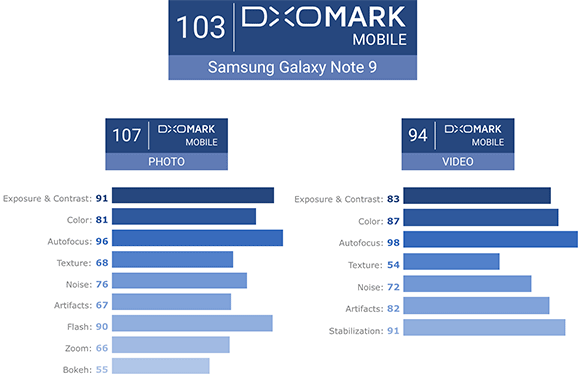 Overall, the Galaxy Note9 scored a total of 103 points, which is the same score achieved by the HTC U12+. It gets 107 points for Photos and 94 points for videos. In their conclusion summary, DxOMark did mentioned that exposure inaccuracies sometimes do occur and there are occasions that fine details are sometimes lost in darkest and brightest areas. If the flash is used, they reported that it produces inconsistent white balance between shots.

In the video department, while autofocus and stabilisation is good in both moving and still motion scenes, they found that there’s loss of detail in low light conditions. Aliasing is also occasionally noticeable in outdoor scenes. You can read their full camera review here. 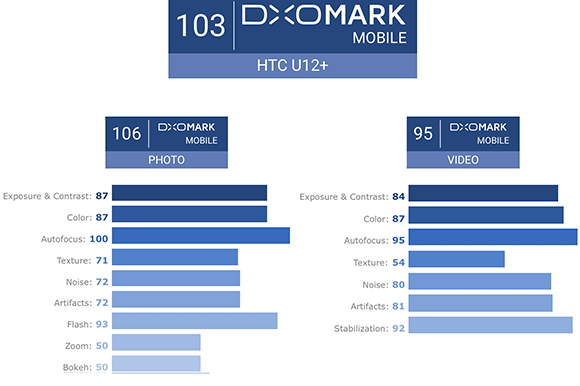 What’s interesting is that despite having the same 107 points for Photo and 94 points for Video as the Galaxy Note9, the dual-camera Huawei P20 only gets an overall score of 102 points. It is also worth pointing out that DxOMark gave the Huawei P20 Pro 94 points for video stabilisation despite not having any stabilisation if you record videos in 4K.

The triple camera Huawei P20 Pro is still taking first place overall with a total score of 109. Below are the breakdown scores for the Huawei P20 Pro, P20, Galaxy S9+ and Xiaomi Mi 8. 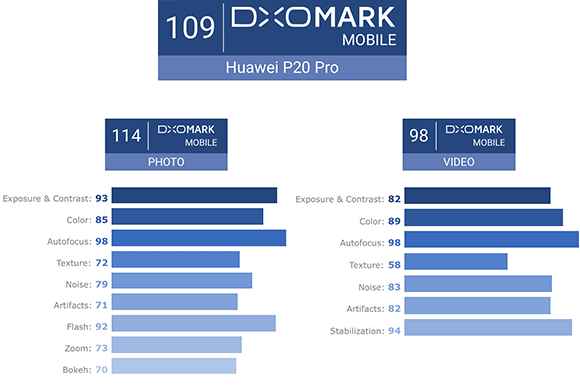 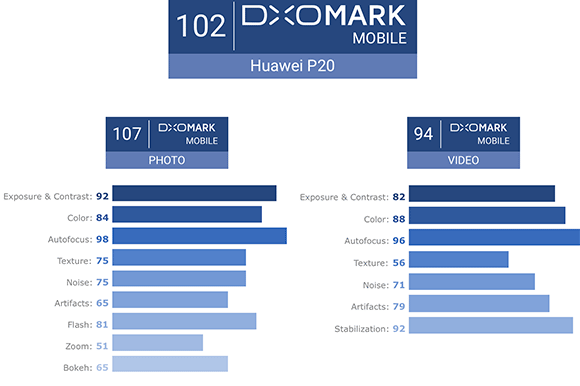 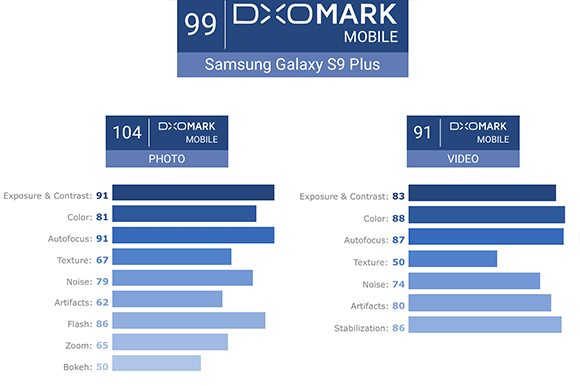 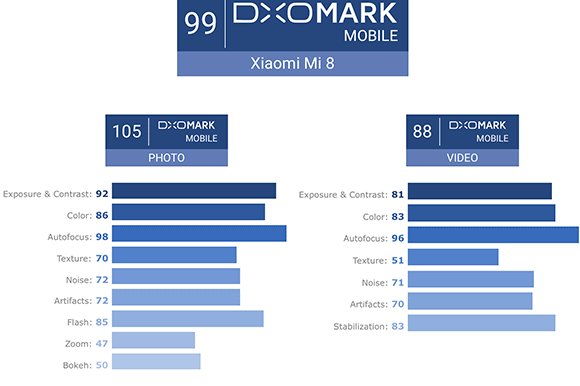 For your easy reference, below are the current smartphone ranking by DxOMark Mobile.

If you haven’t seen it yet, do check out our camera comparison between the Galaxy Note9, iPhone X and Huawei P20 Pro. What do you think of DxOMark’s evaluation? Let us know in the comments below.