POCOPHONE F1 officially priced from under RM1,300 in Malaysia For those seeking a top-spec smartphone with a lower price tag, the POCOPHONE F1 is officially announced for the Malaysian market. This is currently the most affordable Snapdragon 845-powered smartphone and it undercuts many flagship smartphones with its sub-RM1,300 pricing. 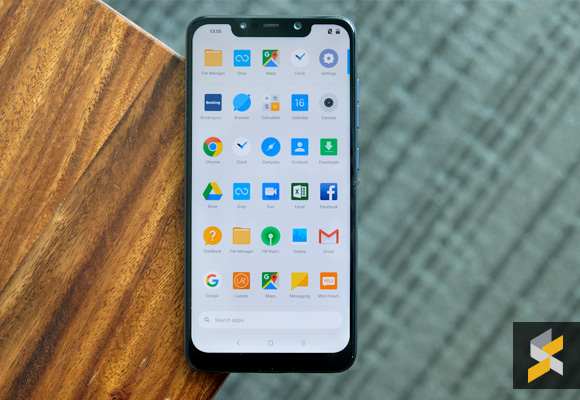 Xiaomi Malaysia is releasing the POCOPHONE F1 in Malaysia on Thursday, 30 August 2018 which is a day before Merdeka Day and ahead of Malaysia’s SST implementation. Before the SST kicks in, the base POCOPHONE F1 with 6GB RAM and 64GB storage is priced at RM1,237, while the 6GB RAM and 128GB storage model is going for RM1,428.

Both models are available in Graphite Black and Steel Blue, and it will be available at all authorised Mi Stores and as well as Lazada Malaysia.

Xiaomi is also having a special first sale promo at their new Mid Valley Authorised Mi Store. The first 200 customers of the POCOPHONE F1 will get a free Mi Sports Bluetooth Earphones (worth RM93) and a game holder. The POCOPHONE F1 is Xiaomi’s new definition of a flagship killer. It gets a 6.18″ Full HD+ display with a notch and under the hood, it runs on a top of the line Snapdragon 845 processor with LiquidCool technology. For our region, it comes with up to 6GB of LPDDR4x RAM and up to 128GB of UFS 2.1 storage which is still expandable via microSD.

For imaging, it gets an AI dual-camera setup consisting of a 12MP Sony IMX363 f/1.9 shooter with dual-pixel auto focus and a secondary 5MP f/2.0 camera for bokeh effects. If you take a lot of selfies, the F1 features a high resolution 20MP front camera with AI beautification.

The F1 has stereo audio playback using both the earpiece and down-firing speakers. If you prefer to use your headphones, you’ll be happy to know that it retains the 3.5mm headphone jack. The rear also gets a fingerprint sensor or you can access the phone using its infrared face unlock.

Powering the F1 is a large 4,000mAh battery which Xiaomi claims can last up to 8 hours of gaming. It charges via USB-C and Xiaomi will be providing a QuickCharge 3.0 power brick.

Out of the box, the POCOPHONE F1 runs on Android 8.1 Oreo with MIUI skin on top. Unlike other Xiaomi smartphones, the MIUI interface is tweaked with a new app drawer and it’s also optimised for quicker app loading and switching. Xiaomi also promises that the POCOPHONE F1 will be updated to Android Pie in Q4 2018.

During the official launch in Jakarta, Xiaomi did unveil an Armoured Edition that features a Kevlar aramid fibre back. It’s priced at 5,199,000 IDR (about RM1,458) with 6GB RAM and 128GB of storage but unfortunately, there’s no mention of its availability for Malaysia.

POCOPHONE F1 officially priced from under RM1,300 in Malaysia