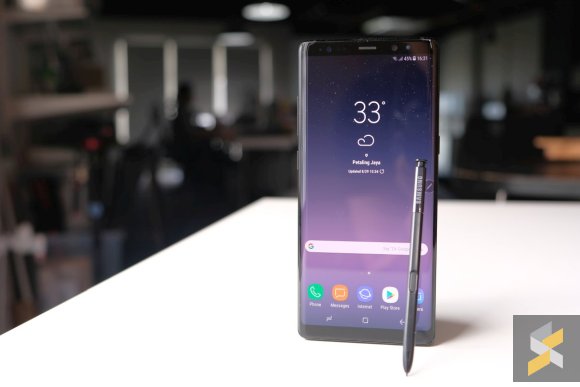 If you don’t mind not having the latest, the Samsung Galaxy Note8 is still a capable flagship smartphone and you can get it now at a much lower price tag. Launched originally at RM3,999, a couple of online retailers have started offering last year’s productivity phablet with an S Pen for less than RM2,500. The folks at DirectD is offering the Galaxy Note8 in Pink for only RM2,499. If you prefer the Midnight Black variant, it will cost you RM2,599. These are official set with Samsung Malaysia warranty. You can check out the listing at DirectD and Shopee.

At Lazada, a retailer Super Deal, is also selling a Galaxy Note8 Malaysian set at a slightly lower price of RM2,488. According to the listing, this price is applicable to all colours. Just to recap a little, the Galaxy Note8 features a 6.3″ Infinity Display which pushes a QuadHD+ resolution on an Super AMOLED panel. It runs on an Exynos 8895 processor with 6GB of RAM and it gets 64GB of internal storage which is expandable via microSD.

This is also Samsung’s first dual-camera setup on a flagship where it has a main 12MP f/1.7 camera and a secondary 12MP f/2.4 shooter that offers 2X optical zoom and Live Focus. Both are optically stabilised and the front comes with an 8MP f/1.7 selfie camera. The Galaxy Note8 also offers wireless charging, Samsung Pay, IP68 dust and water resistance as well as adaptive fast charging via USB-C.

Powering the Galaxy Note8 is a 3,300mAh battery and it’s currently running on Android 8.0 Oreo. You can learn more in our review.

SEE ALSO:  Samsung is unpacking its most powerful Galaxy on 28 April and it supports the S Pen

As a comparison, the new Galaxy Note9 is priced from RM3,699 for the 128GB storage model. It offers a slightly larger 6.4″ screen, a better variable aperture camera, stereo speakers, a newer S Pen and a much larger 4,000mAh battery.