Huawei Mate 20 Lite is a Nova 3i with additional upgrades 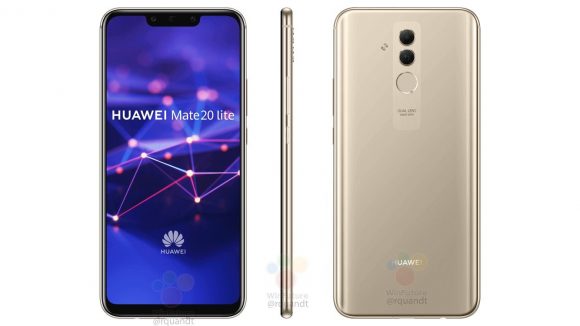 Huawei’s next flagship will be the Mate 20 series and it is expected to be even bigger in size than the P20 Pro. Ahead of its official announcement, a Lite version of the Mate 20 has appeared online and it also carries over a “premium” design element from its Porsche Design series.

We are seeing a reoccurring pattern that the “Lite” versions of Huawei flagship models are basically a rehash of existing Huawei Nova series. For example, the current Huawei Mate 10 Lite is basically the same phone as the Nova 2i while the P20 Lite is essentially the Huawei Nova 3e.

For the new Mate 20 Lite, it isn’t surprising that it shares a lot of similarities with the recently announced Nova 3i. According to details provide by Roland Quandt, the Mate 20 Lite will feature the same 6.3” Full HD+ display with a notch and it runs on a new mid-range Kirin 710 processor. The Mate 20 Lite can be configured with up to 6GB RAM and has 64GB of storage.

To standout from the Nova 3i, the Mate 20 Lite gets a couple of upgrades. In the camera department, the Mate 20 Lite is said to come with a higher resolution 20MP f/1.8+ 2MP main cameras while the front gets a 24MP + 2MP shooter. To make it look more premium, the Mate 20 Lite uses a familiar vertically mounted camera arrangement with a bold stripe like the Porsche Design Mate 10. Apart from that, the battery is also bumped up to 3,650mAh.

If you’re still wondering, this also confirms that the next Mate will jump from Mate 10 to the Mate 20. This means they are still continuing to streamline its naming convention with the P series. According to Roland, the Mate 20 Lite is expected to cost around US$400 (about RM1,634). Since we already have the Nova series in Malaysia, it is very unlikely that Huawei will release this for our local market.

Huawei Mate 20 Lite is a Nova 3i with additional upgrades