At the upcoming Galaxy Note9 launch, Samsung is expected to release the successor to the Samsung Gear S3. It will be called the Galaxy Watch and it was accidentally revealed on Samsung’s website before it was pulled down. What you’re seeing here is the Galaxy Watch in Rose Gold with the model number SM-R810. It has a 42mm case and it looks quite similar to the current Gear S3. Details of the wearable remain scarce but despite its new Galaxy name, it is speculated to run on the same Tizen OS as its current Gear smartwatches. 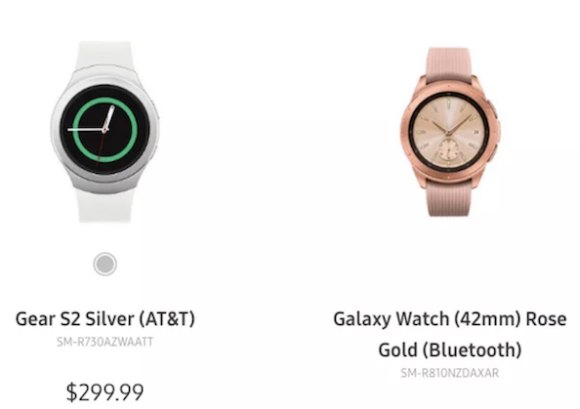 The Galaxy Watch was also recently mentioned in a new leaked accessory. The new Samsung Wireless Charging Duo is a multi-charging dock which allows you to charge a phone and a Galaxy Watch simultaneously.

It is interesting to note that Samsung’s first smartwatch was the Galaxy Gear and it was introduced alongside the Galaxy Note 3. Eventually, they dropped the Galaxy name since the Samsung Gear 2 as the new batch of wearables were running on Tizen OS. We will be there at the launch so stay tuned to us for the latest details.