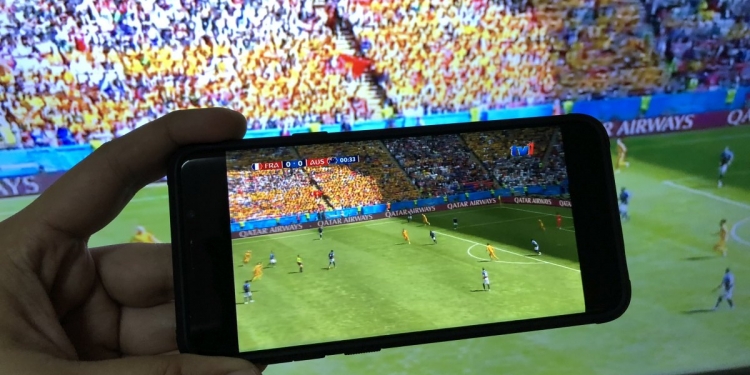 The 2018 World Cup in Russia is happening right now. If you’re looking for the best way to watch live matches on your smartphone and TV in Malaysia, we have compiled our top tips and tricks to get the best experience. Whether it is RTM or Astro, here’s everything you need to know. RTM has the rights to broadcast 41 matches on free-to-air. 28 will be shown live while 13 will be delayed on RTM1 and RTM2. You can watch it with your traditional terrestrial TV or in DVB-T2 digital format.

For those on the go, you can watch the RTM live stream for free on your smartphone and tablet. Just download the application below or you can watch it via web browser on RTM MyKlik: If you can’t view RTM channels on your TV or if you’re on Unifi TV, you can cast the RTM live stream from your smartphone. Just use the MyKlik website using the Chrome browser and cast the video to your TV. Take note that this requires Google Chromecast on your TV and it doesn’t work for iOS devices. PayTV provider Astro has the full rights to broadcast all 64 World Cup matches. However, you can watch 41 matches for free on Astro Arena channel via the Astro Go app. 29 matches will be shown live while 12 will be delayed. This can be viewed even by non-Astro subscribers and you can skip the registration process to start watching immediately. To get access to all 64 World Cup matches, Astro is offering their World Cup 2018 Channel Pass which is applicable to both Astro and non-Astro subscribers.

For non-Astro subscribers, you can watch all matches in HD via the Astro Go app for RM100. Meanwhile, existing Astro and NJOI Prepaid customers without a Sports Pack, you can also subscribe for RM100 and you do get more content plus the ability to watch it on your Astro Decoder.

On top of that, existing Astro/NJOI customers can get multi-angle camera views, key highlights, real-time stats and 180-degree VR views with Stadium Astro and Stadium Astro VR app which can be downloaded below: It’s also worth pointing out that the Stadium Astro app supports Chromecast so you cast the matches live to another TV that has no Astro decoder. If you’re interested, you can subscribe the World Cup 2018 Channel Pass here. UPDATE: Astro is also offering a World Cup Knock-out Pass for RM30. This gives you access to watch the remaining 16 matches live in HD on Astro Go. If you’re interested, you can purchase it here. If you don’t want to pay RM100, you can take advantage of the RM1 Astro World Cup pass offer for Maxis and Hotlink customers. It is only RM1 per match and it also comes with free data to stream the match live in HD via the Astro Go app. Just the purchase the pass from the MyMaxis or the Hotlink RED App at least 3 hours before the match.

Maxis will SMS you the redemption code about 1 hour before the match begins. Take note that you’ll need to register an Astro Go account in order to redeem the pass. Overall, it is quite a good deal and if you’re not a Maxis user, you can just go out and buy a Hotlink prepaid starter pack to enjoy this promo.

Below is the World Cup schedule for Group Stages from today onward from Star2. We’ve also included the free Astro Arena channel which is indicated as AA.

UPDATE: Below is the schedule for the remaining World Cup matches from Star2.