It’s back to basics with the new iPad 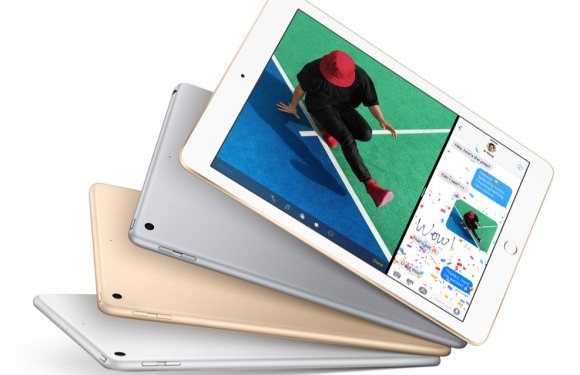 Apart from introducing the red iPhone 7 and larger iPhone SE storage options, Apple has also introduced its new iPad in Malaysia. This replaces their 2-year-old iPad Air 2 and it’s their most affordable 9.7″ iPad right now. The new iPad is simply called the “iPad” and it retains the same 9.7″ Retina Display that pushes 2048×1536 resolution. Like the rest of its iPad models, it also comes with Touch ID on the home button. Powering the new 9.7″ iPad is Apple’s A9 chip with an M9 coprocessor that’s also powering the iPhone SE and iPhone 6s. This should be a notch above its previous iPad Air 2 that runs on an older triple-core A8X chip.

For imaging, it gets a similar camera set up as the current iPad mini 4 as it gets an 8MP f/2.4 main camera and a front-facing 1.2MP camera for FaceTime HD. In terms of dimensions, the new iPad is thicker at 7.5mm and it weighs 469g for the WiFi version or 478g for the 4G capable model. As a comparison, the iPad Air 2 is only 6.1mm thin and it weighs as light as 437g for the WiFi version. Connectivity wise, it supports dual-band 802.11a/b/g/n/ac WiFi and the cellular version has additional support for 21 LTE bands. As usual, the battery claims to push up to 10 hours of web surfing or video watching over WiFi.

The new 9.7″ iPad are priced as follows in Malaysia:

If you’re interested, the new iPad will be available on the Malaysian online store beginning 24 March. You can have it in Gold, Silver and Dark Grey colour options.

It’s back to basics with the new iPad