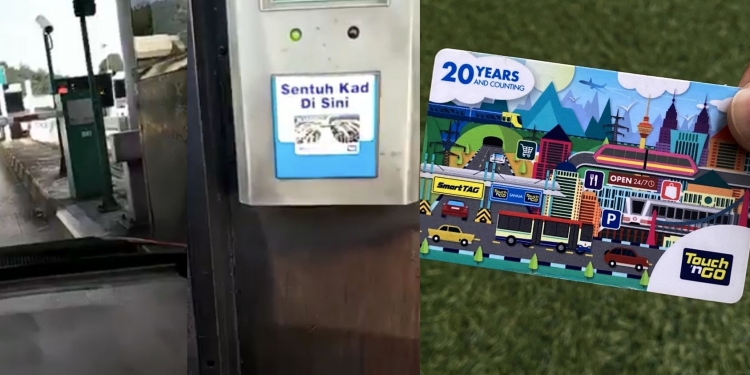 A video recording has recently resurfaced online showing an unhappy highway user claiming Touch ‘n Go and PLUS are colluding to profit off users. Turns out this is actually an old video from 2019 which PLUS has issued a statement to clarify on the matter.

In the video, the man claims that there’s a weakness with Touch ‘n Go’s system which caused him to pay RM50 instead of RM1.50 for his toll charge. He said the careline service told him there was an issue and a refund will be made within a month. In less than a week, the same problem repeated again for the driver.

As clarified by the highway concessionaire on 27th June 2019, they discovered that the driver had used different Touch ‘n Go (TNG) cards to enter and exit the highway. Based on their internal investigation, the driver had entered the highway using a TNG card with the serial number 32466xxxxx (without sufficient balance) when entering PLUS highway via Southville City Toll Plaza at approximately 8.28am. When he exited the highway at UPM Toll Plaza at 8.39pm, the driver used a different TNG card with the serial number 41166xxxxx.

Since two different TNG cards were used, the highway system couldn’t match the entry and exit records of the driver, and the toll gate barrier was not lifted. The same driver then used back his original TNG card but he couldn’t pass through as it didn’t have a sufficient balance.

Do not mix TNG cards on closed-toll systems

In their 2019 press release, PLUS reminded highway users to only use the same TNG card to enter and exit the highway to avoid any inconvenience and penalty charges. Users are also reminded to ensure sufficient balance in their card before starting their journey.

Unlike open-toll systems on major Klang Valley highways such as LDP, KESAS, NPE or DUKE, closed-toll systems will only calculate the actual toll charges based on your entry and exit point. A penalty would be charged if there’s no entry record in the system and this is the reason why you should always use the same payment method or card.

Similarly, if you’re using RFID, you must enter and exit PLUS highway using the same payment lane to avoid penalty. When PLUS rolled out RFID early this year, several RFID users were hit by the penalty charge when they exited using the SmartTAG or TNG lane, instead of RFID. If there’s a long queue, users are urged to wait for the line to clear as there will be staff with handheld RFID readers to assist users who are stuck in the RFID lane.