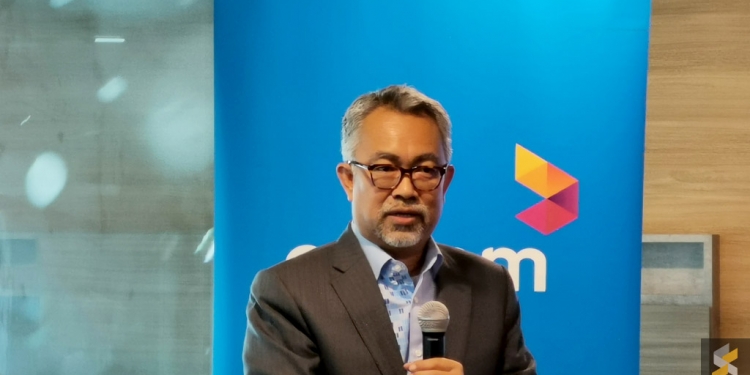 [ UPDATE 13/09/2022 16:00 ] Celcom customers eligible for 5G FUT will be notified by SMS. Customers can enjoy 5G with free data quota and access to 5G roaming in 15 countries with roaming plans.

Celcom has announced that it has delivered a positive performance for 1H2022 across all key metrics and it has made significant investments to meet the growing demand of its customers. According to the blue telco, they have invested over RM1 billion into their network over the past 18 months to improve its 4G LTE experience.

Celcom invested over RM1 billion into its 4G LTE network

Some of its network improvement initiatives cover deployment of new 4G LTE layers at almost 9,000 existing and new Radio Access Network sites, including network core capacity upgrades and network optimisation activities. It added that the network has carried 14.5% more data traffic compared to the same period of the previous year and average data consumption per Celcom customer has increased by 6% to 24.2GB per month. With the service coverage and network improvements, Celcom says customers are now getting a 73% increase in average download speeds and they have recorded a 44% reduction of complaints to date.

Under the JENDELA initiative, Celcom says it is committed to building and deploying 570 new 4G LTE sites, upgrading over 700 sites with the latest LTE technology and expanding its network coverage with the deployment of 670 low-band 900MHz LTE sites. Celcom claims to have over 14 million users and it has 96.21% 4G population coverage while its 4G LTE-A footprint currently covers 90.2% of the population.

As hinted previously, Celcom said it has started its friendly 5G user trials with selected customers alongside its current 5G trials with their employees. According to Celcom CEO Datuk Idham Nawawi, Celcom is committed to building a robust 5G ecosystem by collaborating with various organisations and Enterprises across industries with innovative solutions and services that are 5G-ready.

It isn’t clear which Celcom customers are eligible to participate in the friendly 5G user trials. Back in 2019, Celcom launched its 5G Live Cluster Field Trial in Petaling Jaya and they invited MBPJ as well as residents and business owners within the coverage area to participate in the trial.

Celcom added that they have worked with relevant parties and have successfully integrated over 1,000 5G sites to its LTE and LTE-A networks. To set the stage for the nation’s 5G ecosystem, Celcom has collaborated with 39 local and international technology and digital partners, to drive the adoption of 5G solutions.

Celcom also shared that its revenue (ex-device) grew by 4.2% YTD to RM3,032 million which was driven by positive prepaid and postpaid subscriber growth. It added 135,000 prepaid (2.2% more) subscribers and 143,000 postpaid subscriptions (4.6% more) which were driven by family and convergence packages and the return of roaming traffic. Its Average Revenue Per User (ARPU) is said to remain stable at RM30 for prepaid and RM80 for postpaid.

With the encouraging revenue and subscriber growth, Datuk Idham says Celcom plan to reinvest in its ongoing network modernisation efforts, ensuring that its network reaches out to all societies including remote areas in Sabah and Sarawak.