DNB has started rolling out 5G in Johor Bahru 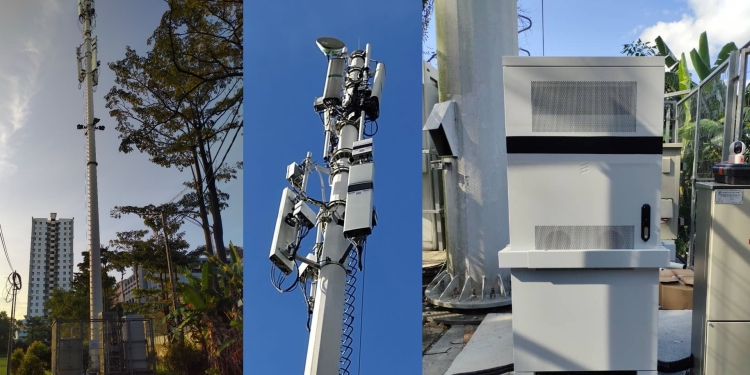 Digital Nasional Berhad (DNB) has already started its 5G deployment in the southern state of Johor Bahru. Based on their update on Facebook, they are in the midst of rolling out 5G coverage in the state starting with parts of Johor Bahru. This comes after DNB switched on its 5G network in selected parts of Kuala Lumpur, Putrajaya and Cyberjaya in December 2021.

According to DNB, several 5G towers have been erected and they are currently conducting tests to ensure quality of service. They have not provided further details and we still don’t know when users in Johor can access their network. Looking at their coverage map, they have pinned several areas in progress including Johor Bahru city centre, Larkin, Bandar Baru Uda, Kampung Skudai, Kampung Skudai Kiri, and Kempas Denai.

DNB will soon rollout 5G in Selangor, Penang and Perak

During its initial rollout, DNB targets to have 500 sites running in Putrajaya, Cyberjaya and Kuala Lumpur to cover 10% of populated areas. Under the remainder of Phase 1 which ends this year, it aims to cover 40% of the population with 4,018 sites in total located in Penang, Johor, Sabah, Sarawak, Selangor, Negeri Sembilan, and Perak. Ultimately, it aims to achieve 80% nationwide population coverage by 2024 with a total of 7,509 sites.

At the moment, YTL Communications’ Yes 5G is the only telco to offer commercial 5G services using DNB’s 5G network. They are currently offering free 5G-enabled SIM packs which provide 30 days free unlimited 5G data until 31st March 2022. Telekom Malaysia had also announced in December that it will participate in DNB’s 5G user trials but until today, they have yet to offer 5G to its Unifi Mobile customers.

Meanwhile, the big four telcos such as Celcom, Digi, Maxis and U Mobile have not made any announcements about tapping on DNB’s 5G network. Instead, they have proposed to the government a Dual Wholesale Network (DWN) which will allow the private telcos to form a consortium to build another 5G network in parallel with DNB. The telcos recently said that they are able to deploy 5G quicker and more efficiently through industry collaboration while maintaining healthy competition in key market centres. The Malaysian government is expected to decide whether to proceed with its 5G deployment via SWN or DNB soon.

DNB has started rolling out 5G in Johor Bahru