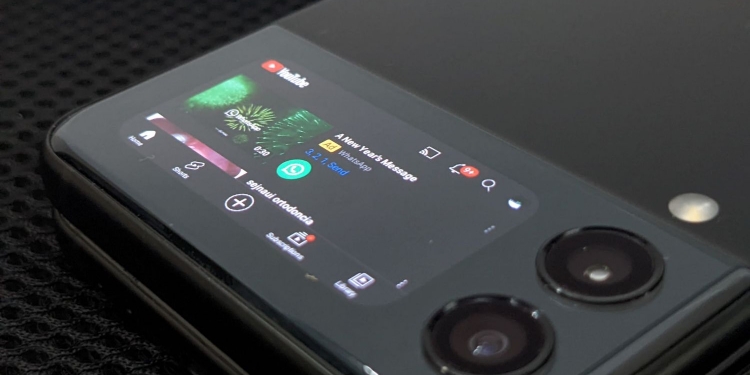 The Samsung Galaxy Z Flip 3 is undoubtedly one of the best flipping phones currently out, not only because the market is bare, but because of how polished the Z Flip has become throughout the years. Even though the Flip 3 has a lot of features, it still can’t fully utilise the outer cover display right out of the box.

The Z Flip 3 has a 1.9-inch display on the front of the device when it’s closed. You can answer calls and use it as a camera viewfinder, but apart from that, the function seems pretty limited… Until now! Developer jagan2 posted the CoverScreen OS mod on the XDA forums and it adds lots of functionality to the cover screen.

The mod works by simulating a secondary OS on the cover screen. The features include an app launcher/drawer, support for all third-party apps, home screen widgets, quick toggles, navigation gestures, notifications, an active media player card, voice keyboard support, and an on-screen LED notification indicator. This might not be useful for every situation, but you can do things like setting up a Samsung Pay shortcut and paying without even opening up your phone.

You can also use the cover screen in portrait mode so it feels even more like a tiny 1.9-inch phone. The developer is actively adding more features, such as taking actions on notifications and orientation lock.