If you’re getting bored with the current Galaxy A series, it appears that Samsung is finally doing something different for it’s new 2021 mid-range lineup. The Samsung Galaxy A32 has been revealed thanks to reliable leakster Roland Quandt and it features a new rear camera layout.

Unlike the present Galaxy A31, the new A32 ditches the overused rectangular camera bump for a more sleeker appearance. Majority of current Samsung Galaxy A models look identical to other mid-range phones from other brands and it’s good that they are trying something different for 2021. The individual camera lenses now protrude out slightly from its flush back which is somewhat similar to what we’ve seen on the Honor View 10.

Unfortunately, the Galaxy A32 will feature a 6.5″ LCD display instead of AMOLED. Because of this move, the fingerprint sensor will be mounted on the sides instead of using an in-display unit. For the 5G version, the A32 will run on a 7nm MediaTek Dimensity 720 SoC which will support sub-6GHz 5G networks. The device is expected to come with 4GB of RAM and up to 128GB of storage.

In terms of cameras, the A32 is likely to retain its 48MP main camera which is accompanied by an ultra-wide-angle shooter. As seen below, the two additional lenses are tiny and are likely to be a macro and depth cameras.

So far there’s no pricing and availability details just yet. Roland has also mentioned that Samsung may also introduce cheaper 4G variants for the A32, A52 and A72 in selected regions.

The current Samsung Galaxy A31 with 6GB RAM + 128GB storage is officially priced at RM999 and it’s likely that the new model will hover around the RM1,000 price range. If you’re looking for something cheaper, Samsung Malaysia has recently announced the Galaxy A12 and A02s which comes with a large 5,000mAh battery. 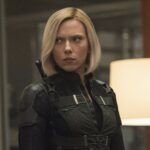 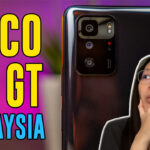 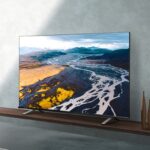 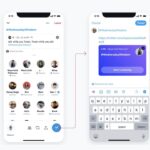