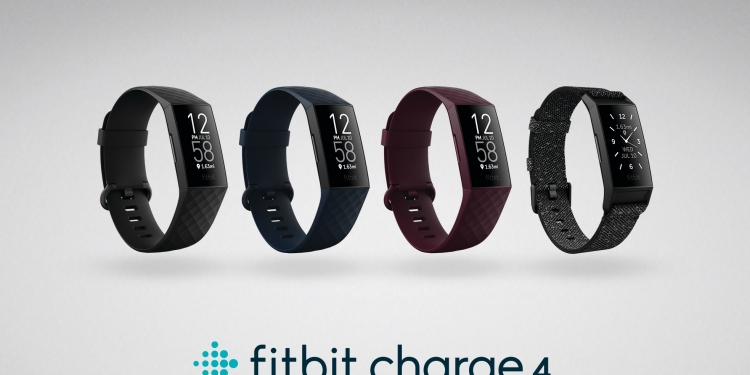 The latest to come out of the Fitbit family, the Fitbit Charge 4 has more features than ever, packed into the popular fitness band. However, it keeps the familiar design on the outside.

The new evolution comes with built-in GPS, Spotify, as well as their ‘Active Zone Minutes’, which tracks the workouts you do based on your resting heart rate and age.

A built-in GPS can help you track your run with location info without carrying your phone with you, though it won’t be super great right now amidst the Movement Control Order (MCO).

The Active Zone Minutes feature uses your personalised heart rate zones to track and count the minutes you are active, and to promote at least 30 minutes a day of staying active, through steps, stair-climbing, and swimming.

The Fitbit Charge 4 can even measure how well you sleep, through ‘Estimated Oxygen Variation Graph’ in the Fitbit app. It can show you the estimate of the oxygen level variability in your bloodstream, which can look for variations in your breathing during sleep.

As for Spotify being another added feature, you can have easy access to music controls, from choosing the music, to where it’s being played, right from your wrist.

You also opt for the company’s Premium service, where you can get a 90-day free trial of personalised health insights, advanced sleep tools, customised programs and 200+ workouts. After that, you’ll need to pay RM39/month or RM335/year.

The Fitbit Charge 4 has access to ‘Fitbit Pay’ as a contactless payment option, but it is only expected to launch in Malaysia later this year. Fitbit Pay’ will also be available on selected older Fitbit models.

The tracker includes a plastic resin case, and the band itself includes a stainless steel buckle, which is a change from the Charge 3’s aluminium buckle.

Other than that, it’s basically the same as the previous model. It’s water resistant to 50 meters, has up to 7 days of battery life, and saves daily total for the last 30 days. The Fitbit Charge 4 will be available for RM 698.00 in black, rosewood and storm blue/black in Malaysian stores from late-April onwards.