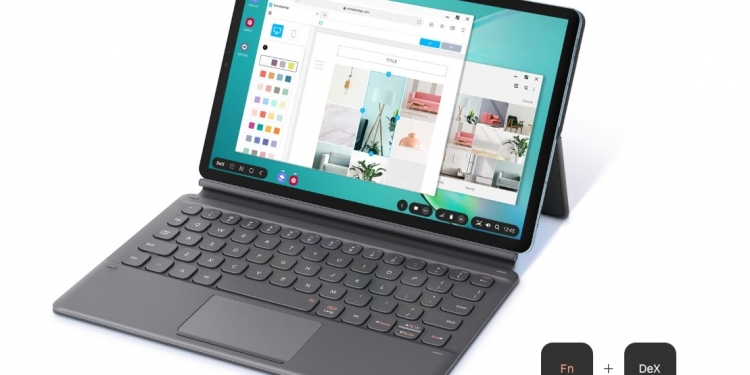 Are we ready? Samsung has confirmed that the world’s first 5G tablet will be launched in Korea during the first quarter of 2020: the Galaxy Tab S6 5G. While users have already seen 5G connectivity with smartphones, this would be the first 5G-enabled tablet—unless you’re counting the Galaxy Fold, that is.

According to Samsung, this will combine “ultra-fast speeds” with the “power and performance” of the Galaxy Tab series, while the Korean company is hoping to leverage off the Tab S6’s capabilities as a media device to provide a “premium experience” for watching live streams, playing cloud-based online games, or to run video conferences.

The Galaxy Tab S6 is Samsung’s current flagship tablet, with the device powered by the Snapdragon 855 which is mated to a top-end configuration of 8GB of RAM and 256GB of storage (only 6GB/128GB available in Malaysia right now).

Add in support for Samsung DeX, and theoretically, it’s a logical move from Samsung to introduce a 5G version—especially given the fact that it already uses a Snapdragon 855.

Is Malaysia ready for a 5G tablet?

Not quite, but we’re certainly heading in that direction. The Malaysian Communications and Multimedia Commission (MCMC) recently released its final report for the allocation of 5G spectrum bands for mobile broadband services—commercial availability is targeted for Q3 of 2020.

However, it’s worth noting that the investment required for the deployment for 5G networks is a staggeringly high one: RM7–8 billion, according to the 5G Task Force. There’s also the issue of the national fibre infrastructure, with only 40% of mobile towers in the country fiberised.

In any case, this is part of a continued push by Samsung towards future-proofing their devices with 5G connectivity—and perhaps more importantly, beating out competitors such as Huawei to launch the first 5G tablet worldwide.

Unfortunately, there hasn’t been any word on whether the Galaxy Tab S6 5G will make its way outside Korea, but it’s certainly something to look forward to.