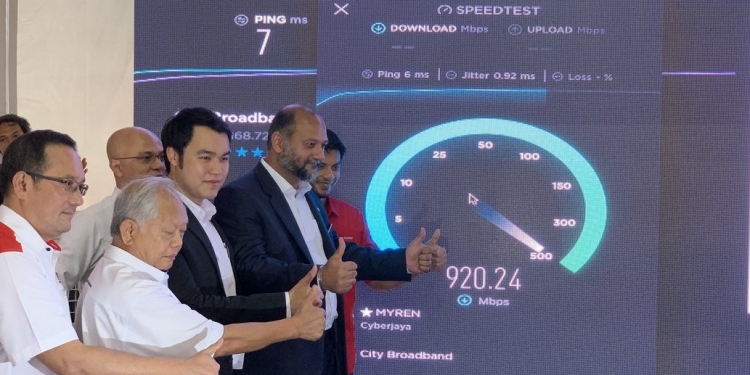 This post is brought to you by Tenaga Nasional.

Malaysia’s electric utility company, Tenaga Nasional Berhad (TNB), has announced its completion of its National Fiberisation and Connectivity Plan (NFCP) pilot project ahead of schedule. As a result, 1,100 homes located at Jasin police quarters, Taman Merbau Perdana, Taman Maju and Felda Kemendor in Jasin, Melaka are able to enjoy significantly faster broadband speeds of up to 1Gbps at reasonable prices.

The Minister also believes that broadband access can be more open with healthy competition through TNB’s own telecommunications network. As a result, Malaysians can enjoy faster broadband at lower prices.

During the event, Gobind Singh Deo had the opportunity to visit two Felda homes as well as a post office in Jasin to test out the broadband performance. Both homes were able to hit 100Mbps while the post office had managed to push speeds above 900Mbps during the demo.

TNB Chairman, Tan Sri Leo Moggie, had shared that many do not know that TNB has its own telecommunications network which is crucial for its electricity operations. The NFCP pilot project is proof that it is possible to utilise their existing network to benefit the people.

With the network’s open access concept, Jasin residents in supported areas can subscribe to high-speed broadband packages from as many as eight retail service providers. This include Astro, Celcom, Digi and Maxis.