ASUS’ new mid-range contender, the ZenFone Max Pro M2 is launching sometime next week and you can order it in Malaysia as early as 12.12. While it has better performance with a more powerful Snapdragon 660 processor, it looks like it has a slight compromise when it comes to WiFi connectivity.

This might be a deal breaker for those who require faster wireless transfers especially if you own a dual-band WiFi router at home.

Similar to the current ZenFone Max Pro M1, it appears that the new models will only support WiFi on 2.4GHz based on its certification listing on SIRIM. You can see both the ZenFone Max Pro M2 (ZB631KL) and Max M2 (ZB633KL) are listed with only 802.11b/g/n WiFi support.

As a comparison, the more premium ASUS model like the ROG Phone (ZS600KL) is listed with 802.11ac 5GHz support and there’s also a higher 802.11ad 60GHz support for its WiGIG wireless display.

However, if you look at the mid-range segment, both Xiaomi Redmi Note 6 Pro and even Realme 2 Pro support 802.11ac 5GHz WiFi as standard on top of the standard 2.4GHz WiFi. This offers higher transfer speeds above 300Mbps and there’s minimal interference compared to the lower 2.4GHz frequency.

For most casual users, this might not be a huge issue. At 2.4GHz, you should still get decent speeds for gaming and video streaming. While 5GHz is superior in terms of speed and reliability, 2.4GHz WiFi offers a wider coverage so you can stay connected further away from the router.

Nevertheless, it is still quite surprising that ASUS didn’t include 5GHz WiFi support on a 2019 mid-range smartphone. What do you think? Let us know in the comments below. 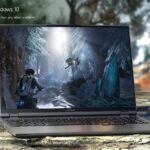 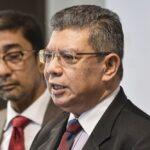