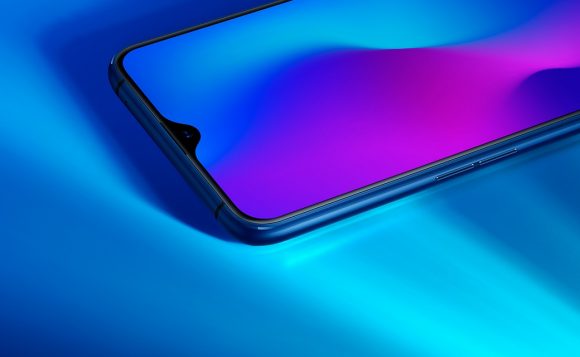 In August, Oppo introduced the R17 Pro to the world but instead of a full-blown launch, the introduction was more of a teaser. What we know is that the R17 Pro may be the first smartphone in the world to feature a triple camera with a variable aperture lens — this from an official teaser video that Oppo released.

Now, more information has surfaced about the device and it looks like the R17 Pro will go on sale on November 11th in China with pre-orders starting from November 1st and it will be priced at CNY4,300 (about RM2,583). The site reveals that the R17 Pro will feature a large 6.4-inch Gorilla Glass 6 Full HD+ AMOLED display with a small waterdrop-style notch. There’s also an in-display fingerprint sensor and a mid-range octa-core Snapdragon 710 processor mated with 8GB of RAM and 128GB of non-expandable storage.

Over at the rear, there’s a triple camera setup which consists of a 12MP main camera with variable aperture (f/1.5 to f/2.4) mechanism that adjusts automatically to lighting conditions. The main camera is mated with a 20MP f/2.6 sensor while the third camera is a dedicated 3D depth sensor. In front, the device gets a 25MP selfie shooter.

The phone is powered by a 3,700mAh battery that charges via USB-C with Oppo’s very own SuperVOOC fast charging technology. SuperVOOC is capable of charging the device from 0-40 percent in just 10 minutes. Out of the box, the Oppo R17 Pro runs Android 8.1 Oreo with Oppo’s own ColorOS 5.2 skin.

Recently, regular leakster @UniverseIce has also posted a video on the R17 Pro. This is the first time ever that the Oppo R17 Pro has made such a public appearance. Instead of the regular pink to blue gradient colourway that we see on other Oppo phones, it looks like the R17 Pro will spot a brand new dark green colour, which I think, looks good.

The R17 Pro replaces the Oppo R15 Pro which was released in Malaysia in May this year and is expected to make its public debut sometime towards the end of this month. Traditionally, Oppo’s R-series of smartphones sit in the mid-range segment of the smartphone market. That’s typically below the RM2,500 range. So we expect the R17 Pro to be priced somewhere around this price bracket if and when it comes to Malaysia.

So what are your thoughts on the Oppo R17 Pro?