This robot dances better than you do 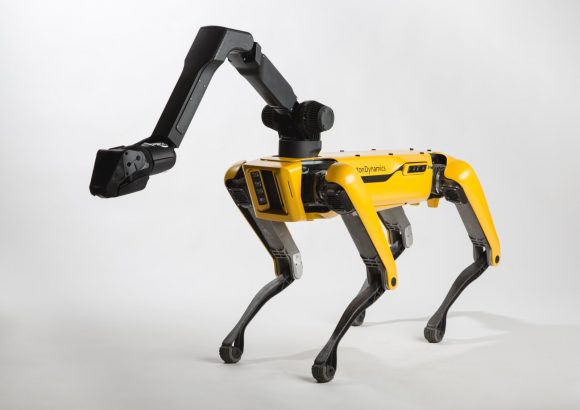 When we think of robots, we think of the future, of how things will be better and easier when we have obedient, humanoid servants that will not need food, will not tire and will not say no to us. While we’re still some ways away from that future but…we’re getting there.

Having said that, robotics has come a very long way since the likes of Aibo and Asimo, and it has advanced tremendously in the past couple of years. Boston Dynamics has been at the forefront of robotics and have made a number of significant progress since it started developing autonomous robots.

The most popular among the robots developed by Boston Dynamics is of course “Atlas” the 6-foot, two-legged, walking machine that could barely walk in 2013. Today, Atlas can do parkour and backflips, even I can’t do that!

But for me, the more interesting robot is “Spot” — a four-legged robot that looks like a freaky cross between a dog and a one-eyed snake. I find Spot interesting because developing a robot that can walk on four legs possess a different set of challenges in terms of spatial awareness and the dynamics of locomotion itself. And so it certainly impressed me when earlier this week, Boston Dynamics shared a  video on YouTube of their SpotMini dancing to Uptown Funk. What’s even more amazing is the freaky looking robot is not bad at dancing!

According to Boston Dynamics’s website, the SpotMini is a nimble robot designed to handle objects, climb stairs in offices, homes as well as outdoors. They’ve also highlighted that SpotMini is the quietest robot they’ve ever built that weighs around 66 pounds and can operate for about 90 minutes on a single charge.

Boston Dynamics’ founder, Marc Raibert say that the company has plans with contract manufacturers to build the first 100 SpotMinis later this year for commercial purposes. After 26 years in the industry, they are also getting ready to start selling the SpotMini to consumers in the year 2019. However, there are no details on how much the robot will cost, but the company is working to bring costs down. In fact, the latest SpotMini prototype cost 10 times less to build than the iteration before it.

In other robot news, Boston Dynamics has also released two more videos showcasing the upgraded capabilities of their robots. One is about Atlas — the humanoid robot i mentioned earlier — and how it can now do more than just walk and the other is about Spot a bigger more robust four-legged robot designed for more heavy duty work like monitoring a construction site or a factory. In Spot’s video, you can see how the robot is now able to navigate very complex environments autonomously, which is amazing.

Bottom line robots are cool. Until. They take over the world. Don’t you think? Let us know in the comments.

This robot dances better than you do