Palm’s big return isn’t about the Phone, it’s about an idea…and a lot of money If you’re too young for the brand Palm to ring a bell, don’t worry, you’re not alone. I don’t particularly care for the brand either because it was one of those “before my time” companies that I never really built a connection with, and I thought that it would stay that way when Palm eventually died.

But as the vicious cycle of new becomes old, and old becomes new again proves, these legacy brands never truly die — especially when there’s money to be made. And Palm is the latest brand to join this trend with the introduction of the brand new Palm Phone.

Once a proud company specialising in the production of PDAs (personal digital assistants) — a kind of pre-cursor to the modern smartphone — Palm fell pretty hard. And after multiple acquisitions, it basically disappeared from the public when HP sold the Palm trademark to a shelf company controlled by the TCL Corporation. Yes, that’s the same company that also manufactures the modern BlackBerry Android smartphones, so you can kind of see where this is going. Following an announcement by TCL that they would be “re-creating” the Palm brand, that re-creation has arrived in the form of an American startup and their first product — the Palm Phone — is something I would describe as “kind of a smartphone”. 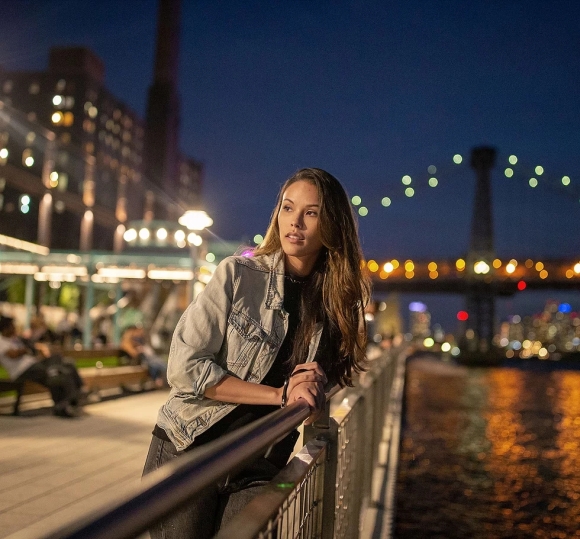 The device itself doesn’t have particularly impressive specs. It’s got a Qualcomm Snapdragon 435 processor inside that’s mated to 3GB of RAM and 32GB of internal storage. But the most shocking of all is how absolutely tiny this phone is. Its LCD display measures a scant 3.3 inches diagonally, but because its so small, the HD screen still has an impressive 445 pixels per inch.

That said, this tiny thing is actually IP68 dust and water resistant, plus it features a 12MP primary camera at the back and an 8MP selfie shooter up front. Perhaps the biggest weakness on this phone is its tiny 800 mAh battery, but I guess if this device is so tiny, it shouldn’t consume that much power to begin with. Plus, Palm says that the Phone is capable of giving you all-day battery life with typical use.

And yes, it also looks a lot like someone shrunk an iPhone X.

Despite looking like it came right out of Apple’s stable, this device actually runs on Android 8.1 Oreo. But, although you have access to the entire suite of Android apps and can technically use this as your daily driver, it wasn’t designed to do that. Instead, it’s designed to be a complementary device to your main smartphone.

Kind of like a bigger and more useful smartwatch. Palm Phone is one of those devices that are supposed to help you disconnect from this hyper-connected world, whose biggest enabler is that smartphone in your pocket. The idea Palm is putting forward is one that’s focused on keeping you in the moment, and not on your phone.

To do that, the Palm Phone has a couple of interesting features built in. First off, it doesn’t appear that you can buy this phone outright. It costs USD350 (around RM1,450) yes, but right now you can only purchase it through US carrier Verizon on a connected device plan, so it comes with a nano SIM that you can’t remove.

With this arrangement, Palm Phone is supposed to sync with your main phone and pull stuff like notifications, texts and calls so you can theoretically leave the big phone at home. Palm says that it works with both Android and iOS devices, though since the Palm Phone is running on Android, you won’t be able to receive iMessages. Then, there is Palm’s “Life Mode”, which is a feature you turn on in the phone to actively manage your incoming and outgoing connections. Once Life Mode is on, Palm Phone will silence all incoming calls and notifications as long as the device’s screen is turned off. This enables you to “connect on your terms” and live life…in the moment.

I’m a little on the fence about how useful this “smartphone” actually is, but you can clearly see how they plan to hook people: They’re relying on the nostalgic factor of the Palm brand to pull in older users while designing the product (and company) in such a way that’s cool and hip to appeal to the younger audience who have probably never heard of Palm. I mean, the company is led by hip, young people who wear leather jackets and trendy knit sweaters, and I don’t see anything Palm-like about the Palm Phone beyond its name. Also, it runs on Android, so it clearly isn’t a device that’s supposed to bring you a re-imagined version of webOS.

But, at the same time, I don’t think this is particularly a bad thing. Since they’re selling a Snapdragon 435 device at USD350, their goal clearly isn’t to sell a whole bunch of these pseudo-smartphones. And, since they’re basically piggybacking on existing technologies, they’re also not really a technology company in the same way the original Palm was. Then, you factor in celebrity endorsement by basketball superstar Steph Curry and designer accessories by Kate Spade, and the intention is clear: It’s more about pushing a statement than a game-changing product. An lifestyle idea, if you will. A lifestyle of disconnection that came to be thanks to how connected we’ve all become. One that’s also being championed by devices like the Light Phone who are all about getting you to look up from your screen, albeit in a less extreme way. Palm Phone is kind of like a nicotine patch for the smartphone addicts, designed to slowly wean you off your smartphone.

Will it sell? Well, it’s hard to say because purchases like these are rarely driven by practicality. If you ask me as an objective smartphone reviewer, I’d almost certainly say no. But, much like every other new toy pushing a new idea I’ve seen, I’ll be damned if I said I didn’t want one.

What about you guys though? Would you pick up a device like this? Let me know in the comments below.

Palm’s big return isn’t about the Phone, it’s about an idea…and a lot of money