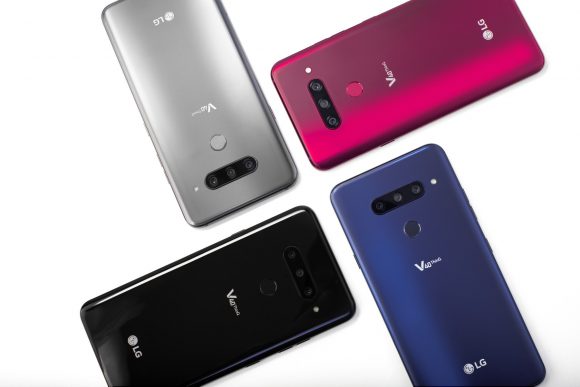 Yesterday, LG has unveiled its highly anticipated flagship smartphone for the second half of the year with the V40 ThinQ. The V-Series is LG’s multimedia-centric smartphone and this year they are fitting a total of 5 cameras plus it comes with a much larger display. The V40 has a notched 6.4-inch QHD+ (3120×1440 pixels) OLED display that’s protected by Corning’s Gorilla Glass 5. This is also the largest display ever in LG’s V-series. Powering the device is a top-of-the-line octa-core Qualcomm Snapdragon 845 processor mated with 6GB of RAM and a choice of 64GB or 128GB of internal storage. Storage on the device is expandable via a microSD card.

A common problem with glass panels is that they are prone to fingerprint smudges. To counter this problem, the V40 ThinQ gets a “Silky Blast” treatment which gives the device smooth matte finish. As a result, the V40 ThinQ should be more resistant to fingerprints and stains. The device also boasts a MIL-STD 810G certification and IP68 dust and water resistance.

For music lovers, you’ll be happy to hear that the V40 ThinQ is the first LG phone to be tuned with Meridian Audio and it still carries a 3.5mm headphone jack. It also retains its signature 32-bit Hi-Fi Quad DAC and they have also brought over the “boombox” speaker that was originally introduced on the G7 ThinQ earlier this year. 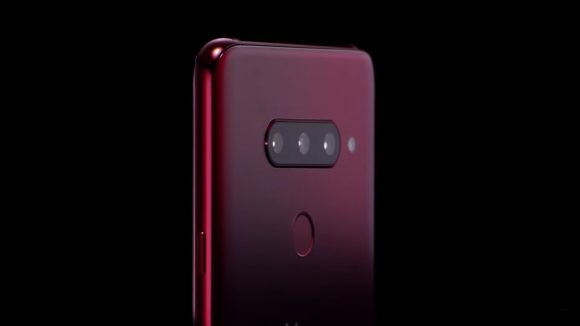 One of V40 ThinQ’s notable features is no doubt its unique five-camera setup. It has three sensors on the rear and two at the front.

This V40 ThinQ combines a 16MP super wide angle, 12MP standard angle, and 12MP telephoto cameras on its rear to form a three-camera setup. It might sound like overkill, but it’s not necessarily about the number of cameras, it’s what they are capable of doing that makes a difference. The 107-degree super wide-angle lens allows you to fit more details or subjects with ease while the telephoto with 2x optical zoom that LG claims can take clear shots from a distance without losing image quality. Besides that, there’s also a new Triple Shot mode that lets you capture three photos in one click – standard, telephoto zoom and super wide angle.

At the front, the device features a standard 8MP camera and a wide-angle 5MP shooter that works together to create a bokeh effect. The wide angle lens will also come in handy when it comes to group selfies. The V40 ThinQ comes in New Aurora Black, New Platinum Grey, New Moroccan Blue and Carmine Red. In the US, it’s priced between USD900 (around RM 3,728) and USD980 (RM 4,060) depending on which carrier you get it from. For Malaysia, there are no pricing and availability details yet but if you’re interested, you might be able to get it from a grey importer like DirectD. So, what are your thoughts on the V40 ThinQ? Let us know in the comments below.