There are plenty of flagship smartphones to choose from and for those who want to stand out, the LG G7 ThinQ is an interesting option. The only problem is that it’s as elusive as a unicorn in Malaysia.

For the past couple of years, LG Mobile doesn’t seem to be interested in selling their smartphones in our competitive market. The last “official” set they introduced here was the LG V30+ and it arrived about 7 months late. At the moment, DirectD is only offering the device in Aurora Black and Moroccan Blue. These G7 ThinQ units are imported from overseas and they come with DirectD’s 1 year in-house warranty. If you’re interested, you can visit DirectD’s page. The G7 ThinQ is LG’s first flagship smartphone to come with a notch. While most “FullView” smartphones are pushing Full HD+, the G7 ThinQ gets a 6.1″ QuadHD+ display that pushes a taller 3120×1440 resolution in a 19.5:9 aspect ratio. The screen is brighter, capable of pushing 1000 nits while consuming 30% less power than last year’s G6. 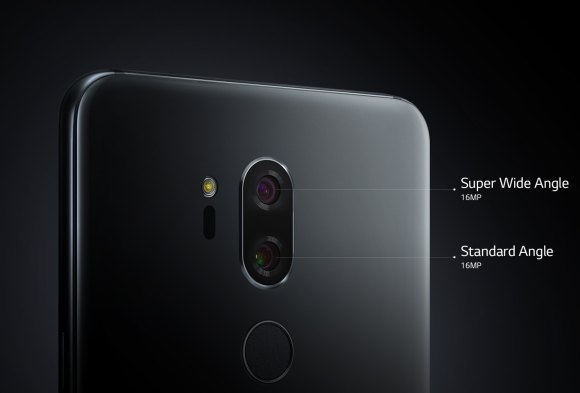 This flagship device gets a Snapdragon 845 processor that’s mated to 4GB or 6GB of RAM. If its 64GB or 128GB onboard storage is insufficient, it could still accept microSD card expansion of up to 2TB.

Over at the rear, it gets a dual-camera setup consisting of a 16MP f/1.6 main camera with OIS and a secondary 16MP f/1.9 shooter for wide-angle shots. Being a “ThinQ” device, it gets AI assistance especially in the photography department. For selfies, the G7 ThinQ gets a 8MP f/1.9 front camera. The device also gets a 32-bit HiFi Quad DAC, DTS:X 3D Surround sound enhancement for headphones and it also features a larger resonance chamber for richer bass. Like its predecessor, it comes with IP68 dust and water resistance as well as MIL-STD 810G complaint durability.

Powering the G7 ThinQ is a 3,000mAh battery which supports fast charging via USB-C. Out of the box, it runs on Android 8.0 Oreo. You can learn more in our announcement post.