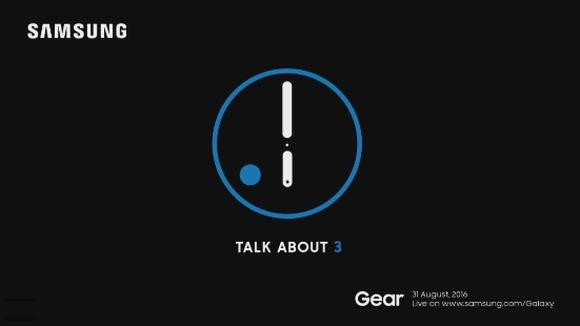 Samsung just confirmed the launch of their upcoming smartwatch, the Gear S3, on Twitter. The highly anticipated follow-up for the Gear S2 will be making its appearance very, very soon.

From Samsung Mobile’s tweet, it looks like the South Korean electronics giant’s smartwatch will be making its appearance on the 31st of August 2016 just two days before IFA 2016 kicks off on the 2nd of September.

Unfortunately, Samsung has not revealed any further specifications or details about the Gear S3 beyond a watchface, the word Gear and the number 3. There have been rumours floating around about the Gear S3’s specifications, stating that it will have a rotating bezel similar to that on the Gear S2, which we quite liked, and that the watch will run on Tizen, but nothing has been confirmed thus far.

One thing’s for sure and that is that all will be revealed on the 31st of August 2016. So, if you want the full details of Samsung’s upcoming smartwatch, stay tuned as we will keep you updated as the event unfolds.