ASUS ZenFone 3: The return of the smartphone disruptor 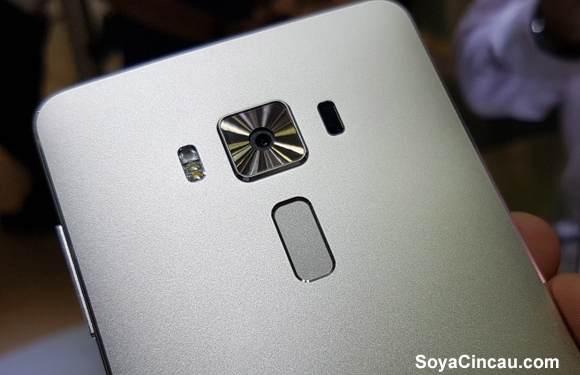 The ASUS ZenFone 3 series is finally out and they are not the same phones that you used to know. The early ZenFones were cheap and cheerful but the Taiwanese brand is now setting their sights on the top end of the segment.

When the first ZenFone arrived, we were amazed at how much phone you can get for less than RM1,000. That was before the mainland Chinese contenders such as Xiaomi and honor came into the picture. Knowing that they can’t fight on price alone, ASUS then turned their focus on better hardware by introducing the world’s first smartphone with 4GB of RAM on the ZenFone 2. They later continued to expand their portfolio with several variants. This included the ZenFone Selfie, ZenFone 2 Laser, ZenFone Max and their photography focused ZenFone Zoom.

The new ZenFones are no longer dressed in plastic and they are now powered by Qualcomm chips instead of Intel. There are 3 distinctive models – the base ZenFone 3, a higher-spec ZenFone 3 Deluxe and a massive ZenFone 3 Ultra phablet. The ZenFone 3 is the model for the masses that’s priced from US$249 (about RM1,033). It’s more expensive than before but it makes up for its price with better hardware and a premium build. The ZenFone 3 uses a metal frame with chamfered edges plus the use of glass for both front and back.

The edges are smooth to touch especially with the use of 2.5D glass on both sides. With its metallic colours including gold and sapphire black, it has a nice glossy and shimmering finish like what you normally get from the latest flagship models from Samsung. Of course, with the use of glass, it can be a grimy fingerprint magnet. Over at the back, you’ll find a camera bump that is accompanied by its LED flash and laser autofocus component. At first glance, it does look like a Samsung Galaxy A5/A7 (2016) but it stands out with its rear-mounted fingerprint scanner which replaces its usual rear mounted volume rocker. We didn’t manage to test out the fingerprint feature as they have disabled it on the units that were on display.

The ZenFone 3 retains a similar-sized 5.5” Full HD display but the panel is now improved with a newer Super IPS+ unit. On the previous ZenFone 2, screen brightness was a big issue, making it hard to read in outdoor sunny conditions. The new ZenFone 3 screen is more vibrant and we expect it to be better outdoors with its rated 500 nits brightness. When it comes to photos, the ZenFone 3 carries a 16MP main camera with Sony’s IMX298 sensor. This is the exact same unit that’s used on the Huawei Mate 8 and Xiaomi Mi 5. In addition to its f/2.0 aperture and 6 element lens, it boasts faster focus with LaserAF (0.03s), PhaseDetection AF (0.03s) and a more precise Continuous AF. When we tried, it does feel snappier compared to the ZenFone 2. For videos, the ZenFone 3 now shoots 4K but there’s a noticeable 2-second delay when we hit the red button.

For less blurry shots, it also boasts 4-axis Optical Image Stabilisation while videos are kept steadier with a 3-axis Electronic Image Stabilisation. The front gets an 8MP f/2.0 selfie camera with a wide 88-degree lens. Like the previous ZenFone, it also comes with a bagful of camera features including its epic Low Light and Super Resolution mode which now captures up to 62MP. Under the hood, the ZenFone 3 runs on Qualcomm’s newer Snapdragon 625 (8x Cortex A53) processor that’s based on a more efficient 14nm process along with an Adreno 506 GPU. In terms of specs, it will be available in either 3GB or 4GB LPDDR3 RAM as well as storage options of either 32GB, 64GB and 128GB. If you need more, there’s also expandable storage via microSD.

In terms of connectivity, it also supports 4G LTE Cat 6, 802.11ac WiFi and Bluetooth 4.2. Keeping the lights on is a similar sized 3,000mAh battery but this time, ASUS has adopted USB Type-C across the range. As for the software, it runs on the latest Android 6.0.1 Marshmallow and the ZenUI is said to be improved for better performance. In our quick hands-on, it looks the same with its flat icons and cartoonish themes. Love it or hate it, the usual ASUS apps are still there but we are told that it has been reduced based on feedback from their customers. The ZenFone 3 Deluxe is more than just a souped-up version of the ZenFone 3. Sporting a larger 5.7″ Full HD AMOLED display in an all-metal body, this is a proper flagship contender from ASUS. While full metal smartphones aren’t new, ASUS is proud to boast that this is the first of its kind without having antenna bands like the HTC 10 and iPhone 6s. The back is curved which gives it an illusion of a thinner device. When holding this with your eyes closed, you probably think that this is a Huawei Mate S especially with its matte body and thin edges. Like the ZenFone 3, the Deluxe version also gets a rear-mounted fingerprint scanner that’s shaped like a vertical bar. While the back is metal, the front is all glass with the top and bottom edges having a reflective element with ASUS Zen’s circle pattern. Towards the bottom, you’ll find your typical 3 Android navigation buttons which now comes with back-lighting. Yes, finally ASUS is putting backlight buttons for its ZenFone. Does the ZenFone 3 Deluxe have what it takes to beat other flagship smartphones? Most definitely. Under the hood, it runs on a 2.15GHz Qualcomm Snapdragon 820 processor that’s mated to a whopping 6GB of RAM. To further improve performance, it uses a faster UFS 2.0 storage which is also used on the Samsung Galaxy S6/S7. Storage is much generous with 64GB, 128GB and 256GB options. In the imaging department, the ZenFone 3 Deluxe packs a higher 23MP camera (Sony IMX318) and it feels much responsive than the 16MP unit on the base ZenFone 3. Despite being a more powerful device with a larger screen, it still gets a modest 3,000mAh battery. Fortunately, you can charge it up and get going quickly with BoostMaster Fast Charging on its 9V 2A charger. Coming in with a 6.8″ display, the ZenFone 3 Ultra is the largest of the lot. It is a hefty device like the Lenovo PHAB Plus and you would definitely need two hands for this one. Despite its 4K TV-grade processor claims, this is still a Full HD device on an IPS panel. Design wise, it isn’t as good looking as the other two ZenFone 3 models. It looks like it was designed during the same era as the ZenFone 2. The back retains the infamous rear-mounted volume rockers and the camera bump looks like it was taken from the iPhone 6/6s. Moving towards the front, you can see a Samsung-inspired design with a familiar home button along with the usual back and recent app buttons. Interestingly, the home button also doubles up as a fingerprint scanner. As a multimedia consumption device, it gets a pair of 5-magnet speakers which claim to produce great sound without distortion even at maximum volumes. From what we can hear, it is pretty loud when the music was played in a noisy experiential zone. We are disappointed that the speakers were placed in a down firing position instead of a front facing layout. If you’re an audio enthusiast, it pushes Hi-Res audio along 7.1 channel virtual surround sound with DTS Headphone:X. Powering the ZenFone 3 Ultra is a mid-range Snapdragon 652 Octa-Core processor with a choice of either 3GB or 4GB RAM along with storage options from 32GB to 128GB which are expandable with microSD. The cameras for both front and back are the same as the ZenFone 3 Deluxe. Being a phablet, it gets a large 4,600mAh capacity battery which is also charged via USB Type-C. Using QuickCharge 3.0, you can get 60% juice in 45 minutes. Similar to the ZenFone Max, you could also use the ZenFone 3 Ultra to charge other devices. The USB Type-C connector does more than just data transfer and power, as the ZenFone 3 Deluxe also supports HDMI output. Without a doubt, these are the best smartphones ASUS has ever made. For its 3rd generation, the latest offerings are quite distinct by having a premium mid-ranger, a top end spec killer and a large screen phablet designed for multimedia consumption.

As ASUS is going upmarket, price sensitive consumers would need to fork out more for the latest models. The base ZenFone 3 starts from US$249 (about RM1,033), which is above the RM1,000 mark. Considering it has better materials with at least 3GB RAM and 32GB storage, this is still a remarkable device for its price.

The ZenFone 3 Deluxe is a flagship which we didn’t see coming. With 6GB of RAM and up to 256GB of storage, the other flagship smartphones are starting to look like a joke. The folks at OnePlus would probably need to think twice if they are planning on using the “Flagship Killer” title. At US$499 (RM2,070) for 6GB RAM and 64GB storage, ASUS is really disrupting the high-end segment.

As for the ZenFone 3 Ultra, it is too huge for our liking but we know there are people that want a tablet experience in a more “mobile” form factor. The 4GB RAM and 64GB storage model was announced with a starting price of US$479, which is still an attractive buy for its size and performance under RM2,000.

ASUS ZenFone 3: The return of the smartphone disruptor