Sony Mobile has teased 3 new devices on their home page and it is obvious that their latest Xperia Z4 Tablet will be heading for Malaysia. In the teaser image above, the ultra-thin tablet will be joined with 2 new smart phones that are likely to be the Xperia M4 Aqua and the newly announced selfie-centric Xperia C4.

The Xperia Z4 Tablet and M4 Aqua were announced at MWC 2015. Not only these are the first batch of Xperias to run on Android Lollipop out of the box, but they are also their first waterproof devices that comes with an exposed microUSB port for hassle free charging.

To recap on the specs, the Xperia Z4 Tablet is their flagship offering with a Quad HD 10.1″ IPS display doing 2560×1600 pixels resolution and it runs on Qualcomm’s top of the line 2GHz Octa-Core Snapdragon 810 processor with 3GB of RAM. Following its ultra-thin Xperia Z2 Tablet, they have managed to trim off its thickness down to a mere 6.1mm which puts it on par with the iPad Air 2 and it weighs as light as 389g for the Wifi version.

On-board it gets 32GB of storage that’s expandable with microSD and there’s also a 8.1MP main camera without flash and front facing 5.1MP unit. Keeping the lights on is a 6,000mAh capacity battery which Sony claims is capable of 17 hours of video playback.

The Xperia M4 Aqua however is their mid-range waterproof smart phone which has gone up in size and in hardware. Looking almost like their current Xperia Z3 flagship, the M4 Aqua now gets a larger 5.0″ HD 720p display and it runs on a Qualcomm Snapdragon 615 processor with 2GB RAM along with 16GB of storage. It also has 4G LTE connectivity and 13MP main + 5MP front cameras. Like the Xperia Z4 Tablet, the microUSB port is exposed but it still waterproof with IP68 rating. Keeping the lights on is 2,400mAh capacity battery which Sony claims to last up to 2 days on average use.

Last but not least, the Xperia C4 is a smart phone that’s designed for narcissists in mind. Sporting a similar 13MP + 5MP camera set up as the M4 Aqua, it gets an additional soft flash light at the front.

To frame your selfie shots better, the Xperia C4 gets a larger 5.5″ Full HD 1080p display and it runs on a 1.7GHz 64-bit MediaTek MTK6752 processor mated to 2GB RAM and 16GB of expandable storage. It also supports 4G LTE and the battery is slightly bigger too at 2,600mAh.

So far Sony hasn’t mentioned any official release dates for the possible incoming trio. In the mean time, you can check out our hands-on photos of the Xperia Z4 Tablet and M4 Aqua below. 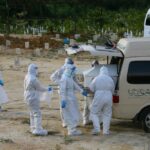 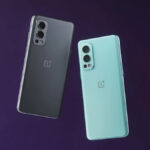