While the original Galaxy S users are still uncertain of Samsung’s decision on official Ice Cream Sandwich update, their software team has already started working on an update. According to the source, the Galaxy S firmware was dated 29th December which is quite recent.

Sammobile managed to grab hold of a leaked firmware which appears to be Android 2.3.6 update with several new enhancements. This is likely to be the value pack which was mentioned earlier on.

It offers Face Unlock, an updated Lockscreen from the Galaxy Note , a Photo Editor from Galaxy S II, faster auto-rotate response and ability to take photos while recording a video. Overall, this is no Ice Cream Sandwich OS but it brings the latest features of the Galaxy Note/Nexus to the original Galaxy S.

To download, head over to XDA Forums for the full details. Do note that this is not an official release endorsed by Samsung so flashing your firmware with this version is at your own risk. 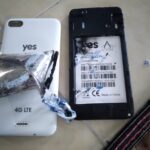