The Sony Ericsson Xperia neo V is now available in Malaysia. Priced at a smidgen under RM1,000, the Xperia neo V runs Android 2.3.4 (which means you get the additional enhancements mentioned here) and features a 3.7-inch Reality Display with Mobile Bravia Engine.

Powering the device is a 1Ghz Qualcomm Snapdragon MSM8255 with 512MB RAM (similar setup to the recently released Xperia pro) but with just 320MB of on-board storage. In terms of cameras, you get a 5MP rear camera that shoots 720p HD videos (sorry, no Exmor R) while the front camera is standard VGA.

Priced at RM999, the Xperia neo V is competing squarely with the Samsung Galaxy W, which is also priced at RM999. The two devices are very closely speced but the Galaxy W brings with it an overclocked Snapdragon MSM8255T (1.4Ghz on the Galaxy W vs 1Ghz on the neo V) and more on-board storage (2GB on the Galaxy W vs just 320MB on the neo V though the neo V comes with a 2GB micro SD card included). On the other hand, the Xperia neo V comes with Sony Ericsson’s very effective dual-mic active noise cancellation feature.

While the faster processor in the Galaxy W is appreciable, raw processing power is just one part of what makes a smartphone better than the other. Software-hardware optimisation, user experience, overall design, call quality and more, all combine to make a smartphone great.

These two devices are pretty evenly matched that even we find it hard to recommend one over the other. Best advice — try before you buy. 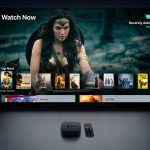