Having tested the Yes Go’s mobility performance around Kuala Lumpur and discovering that the Yes network is indeed mobile delivering rather good performance, we decided to go a step further by taking the Yes Go to various parts of Petaling Jaya and Subang as well.

We wanted to find out if the Yes network can deliver consistent speeds and throughput performance outside of KL. We tested the Yes Go USB dongle on two routes, one along the New Pantai Expressway and the other along Federal Highway.

New Pantai Expressway
For the NPE route, we drove starting from Kuchai Lama exit on the Seremban Highway all the way until Sunway Pyramid. Throughout this journey, connectivity was maintained all the way. We were even able to surf the web seamlessly without any disconnection. The only gripe we had was data rates suddenly dropped to zero and regain back after a few seconds while switching base stations. This is a trait that we see a lot as we did the various road test on the Yes Go but it could be a minor hiccup considering that it was raining and we’re moving at about 100KM/H. We’ll need more test time to know for sure.

While on the route, we attempted to make a hotel booking transaction for our Penang roadtest. It is worth noting that by the time we reached Sunway, we’ve selected our rooms and made our booking, and we did it twice along the 11KM journey all without dropping a connection. While passing by Sunway Pyramid, we did a download test and got 503KB/s, which is about 4Mbps. We continued driving until the junction of Subang Parade and the speed test returned below: 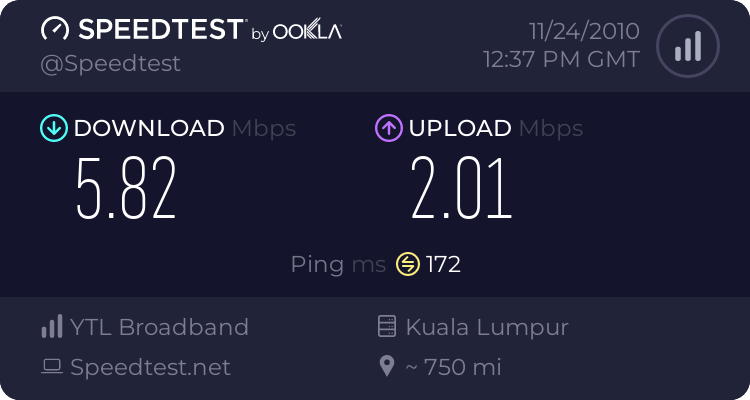 After turning into SS15 area, we got the following speed tests: 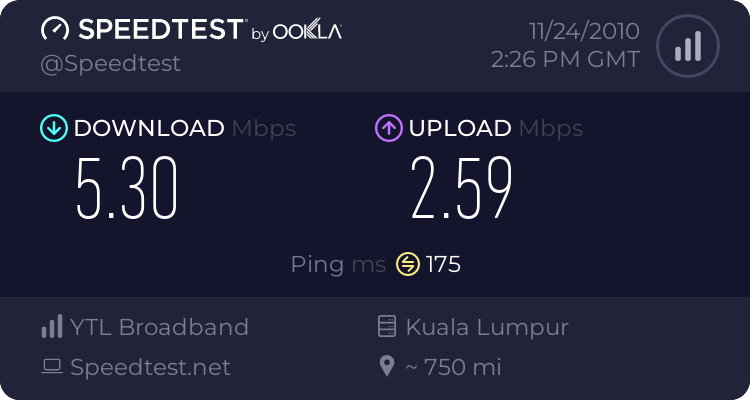 From the looks of it, Subang commercial areas are well covered with average speeds of 5-6Mbps. We didn’t go deeper into the residential areas or further down to USJ so we’re not sure how Yes fares over at those places. 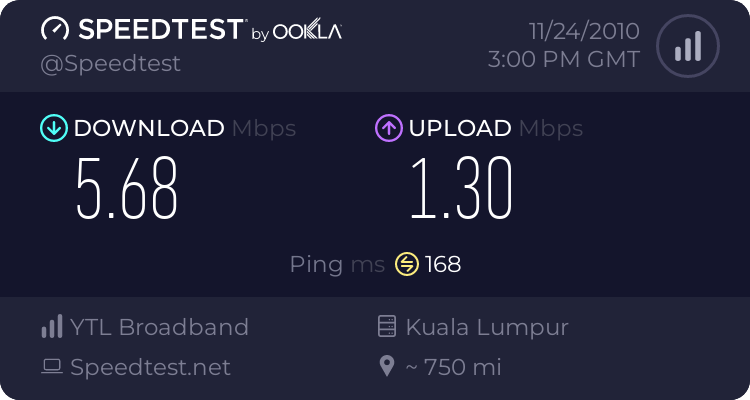 The 10.7KM journey from Subang to KL was pretty seamless except for some noticeable gaps that got us disconnected at Old Klang Road exit and at Kerinchi, other than that, it was smooth. Throughout this stretch, we’re getting pretty impressive speeds. While driving at about 110KM/H (where possible) we are getting average of 8-10Mbps after the Jalan 222 exit. Conclusion
We are pretty convinced that Yes is indeed a true mobile WiMAX player. Despite the network being just two weeks old, the coverage is good — to a certain extent much better than what we’re getting with P1. It is impressive to see that Yes have managed to cover major highways like NPE and Federal Highway.

As expected and experienced in our previous KL Road Test, there are still coverage gaps that needs to be addressed in order to deliver full seamless experience and we believe this isn’t something impossible for Yes to achieve in the near future.

We’ve been using the Yes Go on a day-to-day basis and we have nothing to fault the network in terms of performance but we will say this, it is still a new network and the onus is on Yes to make sure that this performance remains consistent as the network loads up with more subscribers.

Coming up next, our full report of our Penang road trip over the weekend and how it fares against other mobile internet players along the North-South Expressway all the way from KL up to the Pearl of the Orient, Penang.

We’ve a ton of news and findings to filter through but we can’t wait to share with you the story, so stay tuned for that!