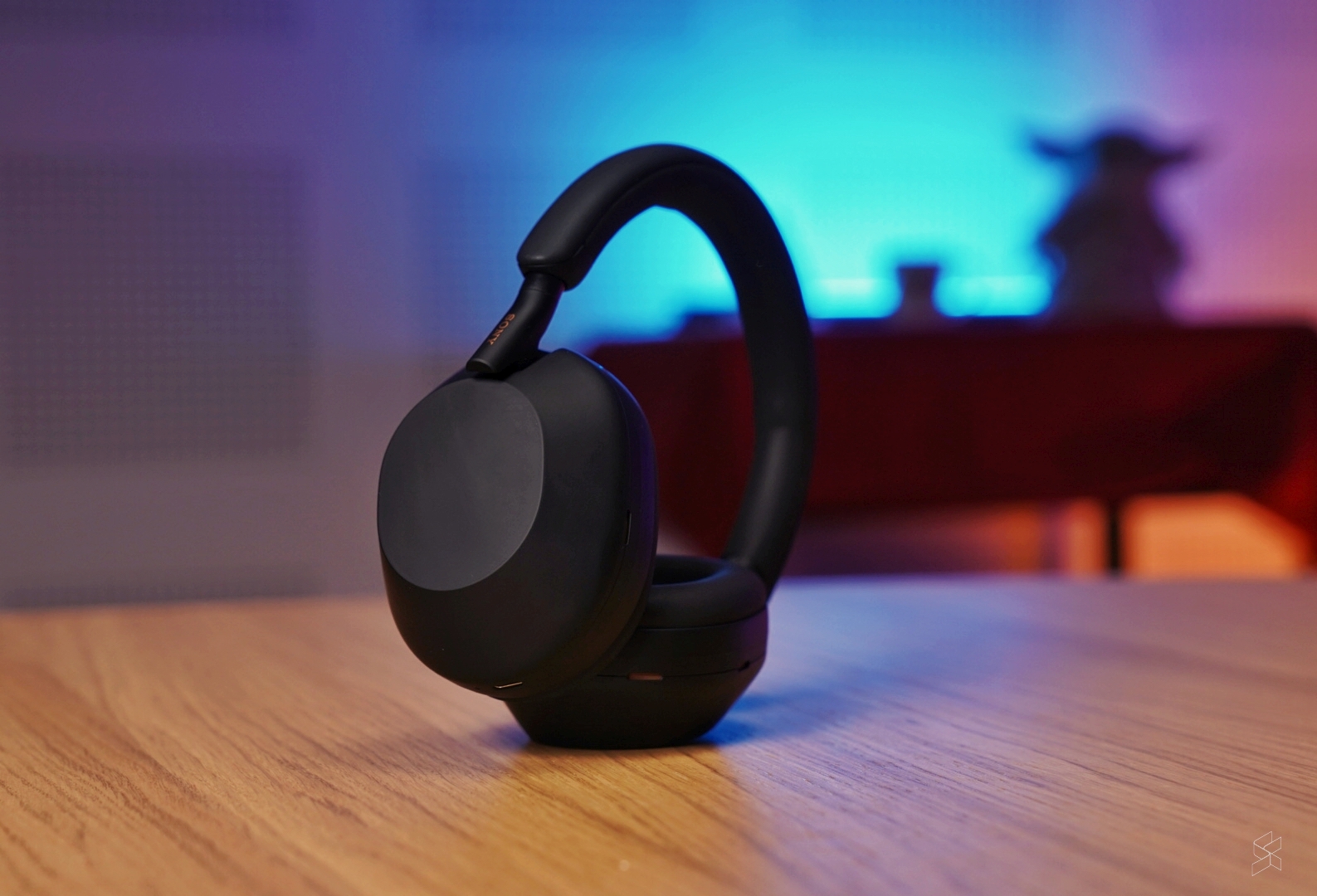 I still remember the first time my opinion on headphones with active noise cancellation (ANC) changed forever. It was on a 7-hour flight from KL to Tokyo where I first laid ears on the then brand-new Sony WH-1000XM3. After that flight, ANC went from a nice-to-have feature to an absolute necessity.

But a lot has changed since then. So in 2022 when I got my hands on the latest iteration of Sony’s acclaimed over-ear Bluetooth headphones, the Sony WH-1000XM5, I was left wondering: why would I buy something like this? And this is including the fact that this latest version is the best the headphones have ever been.

A fact that some of you may not know about that WH-1000XM3 review was that I wrote the entire thing on the very same night I landed in Tokyo. I was just so blown away by how much ANC changed my flying experience that I wouldn’t have been able to sleep otherwise.

What you may not also know is that the reason I was in Tokyo was that Sony Malaysia had invited me out to check another pair of headphones, the Sony WF-1000XM3. This pair of TWS headphones would set the standard—in my opinion—for ANC and sound quality in its class.

In retrospect, it was an incredibly interesting phenomenon for me to experience because I was given the opportunity to listen to what would end up being the future of ANC headphones, just hours after I got a taste of the absolute best of what the past had to offer.

Yes, I know that these are technically not competitors because they’re not in the same class of product. But, just like the smartphone would end up eradicating the need for music players, tablets and to a certain extent personal computers, TWS headphones have gotten so good these days that I don’t see many opting for their bigger, bulkier cousins.

A quick poll of the SoyaCincau office saw all but three people saying that if they had to buy just one pair of headphones to use every day, it would be a pair of TWS headphones. And there was also Raymond who stubbornly insisted on wired headphones being included as an option because he had a 3.5mm to Bluetooth converter.

The idea of over ear headphones seems almost antiquated these days, especially wireless ones that are designed to be carried around. Take the WH-1000XM5s for example: one of features Sony tried to push with them was the fact that its new case is “collapsible”, allowing you to save space.

Yes, technically this is true, but it still has a footprint that’s bigger than my face, meaning it won’t fit in your pocket or small EDC. If portability was what you are looking for, why wouldn’t someone go for a pair of TWS earbuds.

Oh, and if we’re talking about the headphones themselves, I’d argue that these are less portable than its predecessor. The earcups don’t fold in, so even if you ditch the carrying case, you won’t be saving much space in your bag.

It makes sense that people are starting to gravitate towards the smaller, more portable TWS earbuds. The good ones sound amazing, have great microphones, have long enough battery lives and will fit in the pockets of your tightest pair of jeans (though, I’m being informed that people don’t wear tight jeans anymore).

But to do so and not even give the Sony WH-1000XM5s a listen would be an absolute shame because these headphones are incredible. For starters, if you’re a fan of the way Sony headphones sound, I think you’ll love these.

They have even managed to win over Duke—the most critical audiophile in SoyaCincau. He notes that there is a marked improvement across the frequency range, with tighter bass and well defined mid and high frequencies. I’m not exactly sure how that translates to non-audiophile speak, but I think they sound awesome. They’re fun, detailed and have good sound staging for closed back headphones.

Naturally, being Sony’s flagship ANC cans, the noise cancellation you get here is excellent. With music playing, I have not been able to hear much of anything going on around me, though Duke claims that he still prefers the isolation offered by Apple’s AirPods Max.

Maybe his ears are a little more sensitive than mine, but I feel like the only area Apple’s over ear cans edge these Sony headphones is its ambient sound pass through. It’s not a huge margin, and you can still hold conversations with these headphones on your head, but the Apple tech just sounds a little bit more natural to my ears.

That being said, I wouldn’t say that these headphones are flawless. In my opinion, the area I think they strayed furthest from their mark has to be comfort. Don’t get me wrong, I’d wear these all day even in Malaysian weather, but there are two tweaks I would have personally made to add more comfort.

First, I think the band is a little too narrow to sit comfortably on the top of my head. Having used the AirPods Max, I have to say that its headband is far superior when it comes to comfort. Remember that the AirPods Max weighs the same as a small family sedan, but somehow its band is able to distribute that weight so evenly over the top of my head that I barely feel it until my neck starts aching.

The second change I’d make is to have deeper earcups. Or at least, an option to go for deeper earcups. I run a pair of Misodiko aftermarket earcups on my Audio Technica ATH-M40X headphones, and they’ve changed the way these headphones feel and sound so much that I’d recommend this upgrade to anyone.

But when I switched to the Sony WH-1000XM5 headphones, I was immediately disappointed by how shallow the cups were. My ears are constantly in contact with the inside of the earcup, which leads to a lot of discomfort after a few hours. With deeper cups, not only would it alleviate the pressure on the top of my ear (which I learned today, is called the helix) but I’m willing to bet it would also improve the way these headphones sound.

And if I’m allowed one last nitpick, I also wish they switched away from a touch control interface for media and volume controls. Look, I acknowledge that this is a deeply personal thing, and that the touch interface actually works really well, but I can’t help but wish that there was also a volume wheel and playback buttons.

Partly it’s because after a day of interacting with the headphones, there are just so many smudges on the soft-touch surface that are so difficult to clean because of the texture of the material. Partly, it’s also because tactile inputs have less room for error than touch inputs—and even though the Sonys are great, there were still several occasions when it misread what I wanted it to do.

In the grand scheme of things though, these are minor complaints. As with any excellent product, it is because of its excellence that these small issues seem more obvious. For my money, the RM1,799 Sony WH-1000XM5 headphones are the best over ear headphones in its class, and it justifiably won the Gold award for SoyaCincau’s best headphones of the year.

The biggest problem it’ll face is that its form factor feels like it is on its last legs. I genuinely don’t think I know anyone who would buy a high-end pair of over ear Bluetooth headphones over an equally high-end pair of TWS in-ear headphones today. And really, Sony only has itself to blame with how good of a product they made the WF-1000XM3 to be.

I will say this though: if you happen to find yourself on a long haul, 10+ hour flight, I think you’ll definitely appreciate this “antiquated” headphones’ nearly 30-hour battery life (with ANC on, btw) and wired connectivity, because not even the best TWS in-ear headphones with ANC can come close to matching this. I guess grandpa still has a couple of tricks up its sleeve.