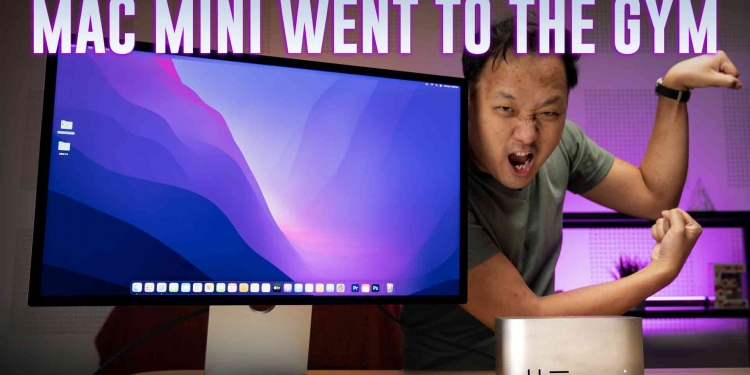 Your little Mac Mini went to the gym and it’s now called the Mac Studio. This unit is powered by the M1 Ultra processor and costs over RM32,000 with the Studio Display. And that’s excluding the accessories that you’ll need to interface with this device in the first place. Here’s an unboxing video because you’re probably too broke to afford it.

Surprise! There really isn’t a whole lot that’s included in the box. But the Mac Studio does feel really well built like most Apple products. It has that premium feel to it that you won’t find on things that sit in the “affordable” category of the market. There are also a generous amount of ports for something that’s this small, as well as a full sized SD Card slot up front for easy media offloading.

That being said, the star of the show for me has to be the Studio Display. It’s just a really nice 4K screen with awesome speakers built into it. Naturally it also comes with that premium Apple fit and finish which is always nice to see.

But all of this obviously costs a pretty penny. The Studio Display with tilt-adjustable stand and standard glass will cost you RM6,999 while the Mac Studio with the 20-core M1 Ultra, 64-core GPU and 32-core Neural engine, 128GB of RAM, and 2TB of storage is priced at RM25,599. I wouldn’t recommend getting the peripherals, however. I just don’t think they work as well as the ones you can get from, say Logitech, for that kind of money.