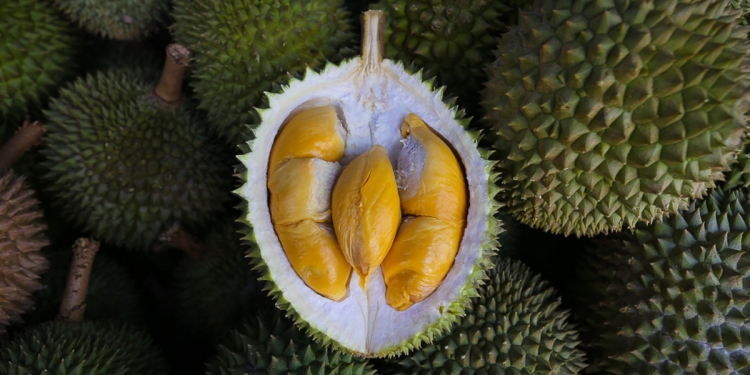 In case you couldn’t smell it, durian season has begun and that means plenty of pungent treats up and down the country. The most famous durian of course is the Musang King variety, which remains as one of the most expensive and prized durians around. But how would buyers know if their costly Musang King is good or not?

Well, SIRIM Berhad, the national standards group, seems to have an idea on how to tackle that problem. No longer will you need to shake the durian to hear for sounds anymore, as Perak State SIRIM Berhad director Mohd Adzhar Ahmad says that they have plans to introduce a minimum standard for the Musang King durian.

“Every country requires specifications to import a certain product, if Musang King durians have certification, there is no need for a lot of documentation to reduce bureaucracy,” – Mohd Adzhar Ahmad, Perak SIRIM Bhd director

Adzhar added that SIRIM are already working together with the Perak State Agriculture Department and the Malaysian Agricultural Research and Development Institute (Mardi) to develop a set of standards for Musang King accreditation. According to Adzhar, these certifications will also be able to help determine the price of your Musang King based on the grade it gets from SIRIM. This will be able to prevent price gouging or being swindled by durian sellers.

While you may be familiar with SIRIM as the logo on the sticker to ensure your electrical appliance is safe to use, there’s actually more to SIRIM than just that. For those of you unaware, SIRIM—short for the Standard and Industrial Research Institute of Malaysia—is a corporate entity owned by the Malaysian government. They act as the national organisation for standards and quality with a focus on technological excellence. SIRIM not only tests products but also inspects and certifies services for quality control.

As for the durians, the plan is to introduce the new SIRIM accreditation standards for Musang King by the end of the year. Whether or not that will mean seeing the same SIRIM stickers on the durians though remains to be seen.