Here’s the first look at the Nothing Phone (1) 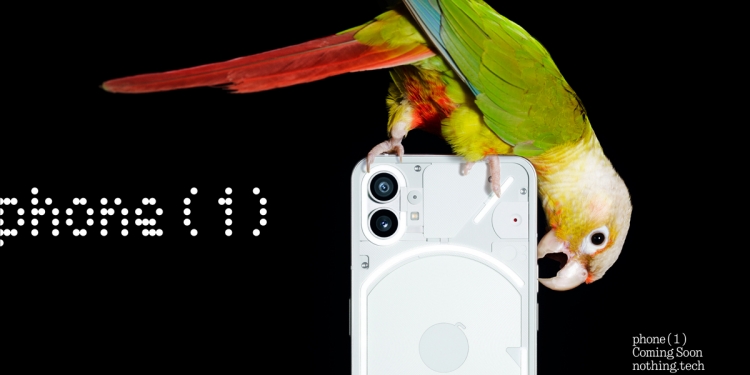 Nothing is certainly trying their best to ramp up the hype for their upcoming Phone (1). Having first announced it earlier this year, the tech company founded by ex-OnePlus man Carl Pei finally gave us a release date last week: 12 July. They’ve now gone and also given us the first real look at the Phone (1), complete with its “transparent” back with lighting.

These new images also highlight those odd looking symbols that we first saw when Pei announced the Phone (1) back in March. They are the light strips that surround the camera module and the wireless charging module. We can also see the Nothing logo stamped on the bottom left of the back of the device. Nothing released the new photos while also calling it a ‘return to instinct’. Additionally, we already knew beforehand that the device will be made of recycled aluminum in its chassis.

It’s not the most exciting design in the world, but at the same time it doesn’t really have to be either. The Phone (1) seemingly mostly follows the same design philosophy behind their Nothing Ear (1) earbuds that also features this semi-transparent design. You’ll be hard pressed to find any similar transparent designs on smartphones these days anyway, with the most recent one being the Xiaomi Mi 8 from 2018. And yet even then, the Mi 8 merely had a transparent case showing off not its internals, but a cosmetic back plate instead.

On top of the transparent back, the Phone (1) will also feature a Qualcomm Snapdragon processor and runs Nothing OS, it’s own take on Android. Nothing is guaranteeing at least three years of Android OS upgrades with four years of security patches too.

We’ll certainly be curious to see the front of the Phone (1), as Nothing claims it’ll have no chin on the bottom of the screen. However, unless they drop more pictures of their debut smartphone, we’ll have to wait until their Nothing (event): Return to Instinct event happens on the 12th of July, 11pm local time.

Here’s the first look at the Nothing Phone (1)