Toyota’s first production EV is coming to Malaysia in 2023 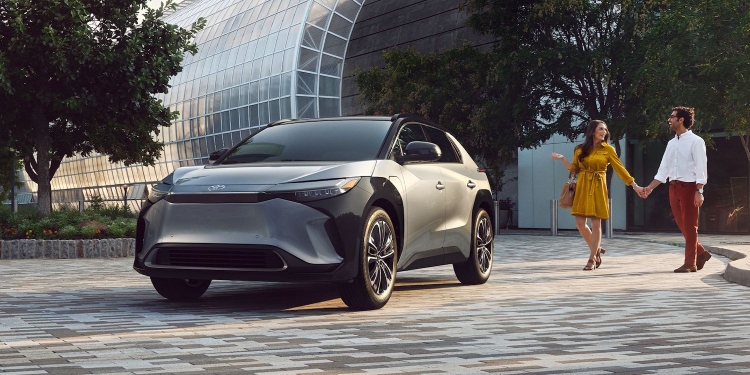 Just in time for JPJ’s road tax exemption for EVs (electric vehicles) from 1st of January 2022 until 31st December 2025, Toyota is coming out with their first production EV: the Toyota bZ4X. According to Paultan.org’s source, the all-electric crossover will be coming to Malaysia in 2023, with an EPA-estimated range of up to 402km on a single charge. The Malaysian arrival is not 100% confirmed, but Toyota did confirm that the bZ4X is coming to Thailand this year.

Toyota’s stance on EVs has actually been to focus on hybrids first, with their CEO saying “The enemy is carbon, not internal combustion engines”. With this mantra, they recently launched the Toyota Corolla Cross Hybrid in Malaysia and said that hybrids will help fight for carbon neutrality. Regardless, Toyota is still launching the all-electric bZ4X, albeit later than other manufacturers like Nissan, who have recently teased the upcoming Ariya in a local CNY ad.

What will the Toyota bZ4X offer?

This will be the first in Toyota’s bZ series of EVs. The five-seater has a futuristic and sleek looking crossover body. The striking design extends to the interior, where you’ll find a huge 12.3-inch Toyota Audio Multimedia touchscreen infotainment system that supports wireless Apple CarPlay and Android Auto. It also features five USB ports, Qi wireless charging, and a panoramic moonroof.

The bZ4X actually has two different configurations: front-wheel-drive (FWD) and all-wheel-drive (AWD). The FWD model is powered by one motor with 150kW (201hp) and the AWD gets two 80kW (107hp) motors combining to a total of 160kW (215hp). Based on the press release, the FWD features a 71.4kWh battery and the AWD has a slightly larger 72.8kWh battery. They both allow for 6.6kW AC charging and 150kW DC charging, which means that they can utilise high-speed charging like the ones offered by Shell’s High Performance Charging (HPC) network. This charging speed would get you about 80% charge in 30 minutes.

But how do these numbers translate to performance? The FWD can go from 0 to 100km/h in 8.4 seconds and the FWD can do the same in just 7.7 seconds. Toyota has made in-house measurements and found that the FWD bZ4X gets around 498km of range in a single charge and the AWD gets around 458km, which is more than the 305km-ranged Hyundai Kona, but less than the Tesla Model S Long Range’s 585km range. Of course, this is the ideal in-house measurement and we should probably expect something similar to the EPA’s 402km range estimate.

In terms of safety features, Toyota is implementing Toyota Safety Sense 3.0 (TSS 3.0) which improved on their TSS 2.5. This new safety system has an improved pre-collision system which includes low-light cyclist detection, daytime motorcyclist detection, and guardrail detection. They also improved lane recognition and extended the detection range of the sensors.

The only thing we know about the Malaysian release is that it’s coming next year, so there’s no word on local pricing yet. However, we do know that there will be four versions: Pure, Motion, Vision and Premier Edition.

Pure, which is the base model, will go for GBP 41,950 (~RM238,409) and is only available in FWD. This variant features smaller 18-inch alloy wheels and an eight-inch infotainment system.

The bZ4X Motion is available with FWD for GBP 45,750 (~RM260,002) or all-wheel-drive for GBP 48,350 (~RM274,778). This trim adds a rear spoiler, privacy glass, a power tailgate and parking sensors. In the interior, you also find power adjustable drivers seat, heated front seats and wireless phone charging. From this variant onwards, the models will get 20-inch wheels.

Lastly, the Premier Edition is priced at GBP 51,550 (~RM292,940) and is only available in AWD. It has everything the Vision variant has but adds on a premium JBL sound system and a panoramic sunroof.

Toyota’s first production EV is coming to Malaysia in 2023