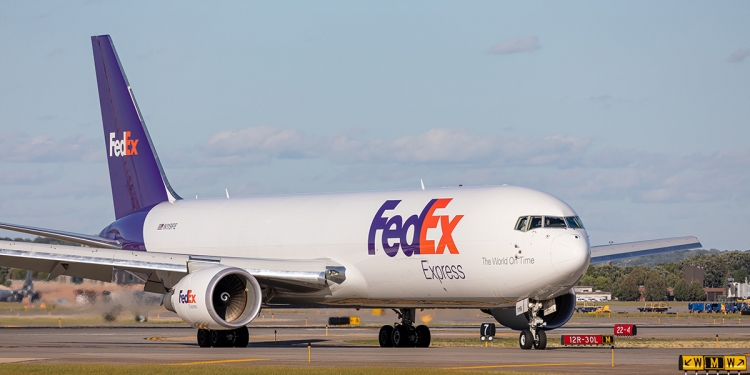 The Malaysian Airlines Flight 17 disaster in 2014 shocked the world, when it was shot down by a surface-to-air missile while flying over a war-torn area near the Ukraine-Russia border. Six years later, the Ukraine International Airlines Flight 752 was also shot down by a missile shortly after take off from Tehran. Both incidents were a rare occurrence of course, but is perhaps why the American transportation and logistics giant FedEx is seeking permission to install an anti-missile defense system onto its cargo planes.

In a document to the US Department of Transportation and Federal Aviation Administration (FAA), FedEx is requesting that they be allowed to modify their Airbus Model A321-200 airplanes to have a laser-based countermeasure against heat-seeking missiles. FedEx specifically cites ‘several incidents abroad’ where civilian aircraft were fired upon with man-portable air defense systems, and argues the need to protect their aircraft against such threats. However, they had to write to the FAA because the current airworthiness regulations in America don’t actually cover airplanes with such features, with the FAA proposing to the Department of Transportation to allow it under ‘special conditions’.

The laser-based anti-missile defense system that FedEx hopes to install is pretty much self-explanatory. This won’t destroy the missile though, but rather creates heat elsewhere, interrupting the heat-seeking tracking of the missile; heat-seeking missiles typically hit planes by tracking the hot air being exhausted from the jet engine of the airplane. By shooting an infrared beam at the missile, it would hopefully disrupt the missile’s ability to track the heat coming off the airplane. You can think off it like how you struggle to see when you’re driving with the sun in your eyes.

It wouldn’t be the first time FedEx has dabbled with anti-missile defense systems either. Back in 2008, FedEx had collaborated with Northrop Grumman, an American aerospace and defense company, to test out its laser-based defense system on their planes. Costing less than USD1 million per system back then, it’s understood that FedEx did not end up ordering any of Northrop Grumman’s systems. It’s also unclear if FedEx is seeking out the same company for its new request to install anti-missile defense systems.

On top of that, Israel’s commercial passenger airplanes also have their own form of anti-missile systems on board. Such systems have been on El-Al Airlines airplanes since 2004, before being rolled out to other Israeli airlines as well. The original generation of anti-missile defense systems on El-Al planes had been flare-based, meaning that when a heat-seeking missile is targeting the plane, it would shoot out a bunch of flares to confuse and distract the missile. However, since 2014, Israeli planes now use a similar laser-based anti-missile system called C-Music.

FedEx’s application is scheduled to be published on the 18 of January, but you can already check it out on the US Federal Register here.