The letter urged the Cupertino company to recognise the suffering of the Palestinian people under illegal Israeli occupation. According to the letter written by the Muslim Association within the company, it expressed disappointment that many in positions of power and influence choose to remain silent or release neutral statements about the Palestinian situation.

The AMA has said they have expressed its solidarity and stand shoulder-to-shoulder with their Black and Brown communities in their fight for justice and equity. They have also supported the Asian communities during the face of anti-Asian hate and attacks. It said that staying silent on the plight of the Palestinian people of all faiths, which many are also fellow Apple employees “is no longer something we can do. It is just not right.”

The association humbly requests Apple to make it clear that Palestinian lives matter and acknowledge the suffering that millions of Palestinians currently face. At the same time, it also wants Apple to make it clear that the movement does not take away the rights of fellow Jewish brothers and sisters worldwide and it doesn’t advocate or support terrorism of any kind upon any people worldwide.

It is said that the letter was sent on Monday but Apple has yet to respond. Below is a copy of the alleged letter that’s being circulated within the company:

An appeal from the Apple Muslim Association

We hope this messages reaches you in peace and well-being.

On behalf of the Apple Muslim Association, we write you with sadness, anger, frustration, and disappointment in our hearts.

We are sad and angry because we are once more reminded of the struggle and pain of the Palestinian people, and their decades-long existence under military occupation.

We are frustrated and disappointed because once more, many of those in positions of power and influence — who boldly stand for human rights in so many other just causes — either choose to remain silent or release ineffectually neutral “both sides” statements with regards to the Palestinian situation.

We are Muslims at Apple have enjoyed even more privilege — to work for a great company that has led the way not only on products, but on human rights issues. We in the AMA have expressed our solidarity and will continue to stand shoulder-to-shoulder with our Black and Brown communities in their fight for justice and equity. We reached out to support and will continue to support our Asian communities in the face of anti-Asian hate and attacks. And we supported teammates from multiple nations as they dealt with the anxiety of the travel ban.

In all of these situations, the right thing to do was clear to us. For millions of Muslims, those communities simply ARE are own communities. And as we stand for them with full hearts, we also feel that staying silent on the plight of the Palestinian people of all faiths, and many of whom are our fellow Apple employees — is no longer something we can do. It is just not right.

Which is why we believe Apple’s public commitment to respecting internationally recognized human rights must also extend explicitly and clearly to the Palestinian people.

That Apple makes clear, internally and externally, that we believe that Palestinian lives matter.

That Apple makes clear that, as determined by the United Nations, millions of Palestinian people currently suffer under an illegal occupation. And that this fact has been reasserted through numerous international resolutions and supported by hundreds of nations.

That apple makes clear that the above statement do NOT in any way take away from the human rights of our Jewish brothers and sisters worldwide.

That Apple makes clear that the above statements do NOT in any way advocate or support terrorism of any kind upon any people, worldwide.

That Apple DOES NOT make any statement referring to the Palestinian situation as a “conflict” “clash” or similar, as those words imply a power symmetry that simply does not exist.

That Apple DOES NOT make any statement referring to “both sides” or similar, as doing so would feel to us as the equivalent of “all lives matter” — a minimization of the disproportionately larger pain and suffering of the Palestinian people.

That Apple commit to spending equitable time and effort to learn about and engage with the Palestinian community, as we do for the many other diverse communities which make ip our company.

We are not naive to what we are asking. We realize the challenge it presents. Many of us in the Muslim community (and our allies) have faced criticism, bullying and in some cases physical attacks for speaking out and stating internationally-recognized facts in support of Palestinian human rights.

As one of the largest and most successful companies in the world, we believe Apple’s words and actions have the power to change lives. We believe this because we have seen Apple do it many times, bringing so much positive impact to the world. Conversely, we also know that silence creates a void where lives remain unchanged.

We look forward to engaging with you to discuss these requests, and do what Apple does best — have the courage to change things in this world for the better.

It was recently reported that a group of Jewish employees at Google have also called upon the company to support Palestinians. The letter had called upon CEO Sundar Pichai and the management to condemn the attacks on Palestine and to support freedom of expression internally including anti-Zionist views. It also wants Google to terminate business contracts that support Israeli violations of Palestinian human rights including the Israeli Defense Forces. 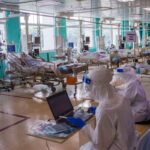 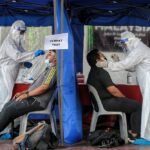